By Room 202 - February 21, 2020
Ten years ago, the Louisiana Research Collection at Tulane University launched an archival collection of material related to the work of William Craft Brumfield, author, photographer, Professor of Slavic Studies, and Sizeler Professor of Jewish Studies at Tulane university. Now the archive has been substantially expanded by Brumfield’s donation of correspondence related to a number of his book projects.

Arriving at Tulane for the 1981 fall semester after an assistant professorship at Harvard University, Brumfield was in fact returning to his alma mater (BA in Russian, 1966). Since coming to Tulane, Brumfield has published a series of books and created publicly accessible visual resources (including archival sites at the National Gallery of Art and the Library of Congress) that have carried Tulane University's name around the world. More information on Professor Brumfield’s work can be found in Wikipedia, here.

Of particular interest in the LaRC Brumfield papers is material (typescript, editorial correspondence, galley proofs, reviews, etc,) related to his first book, Gold in Azure: One Thousand Years of Russian Architecture, published by David R. Godine in 1983. Located in Boston’s Back Bay, Godine is a small but distinguished press focusing on literature and the fine arts. Godine’s original concept was to publish a book of Brumfield’s stunning photographs of Russian architecture in advance of the 1980 Moscow Olympic Games. With the Soviet invasion of Afghanistan and the US boycott of the Moscow Olympics, it was decided to transform the project into a comprehensive history of Russian architecture from its origins in the late 10th century to the late Soviet period—all illustrated with the author’s photographs.

The appearance of Gold in Azure in October 1983 was widely noted in the US and Europe in publications such as The New York Times and the Times Literary Supplement (a full-page review by James H. Billington, future Librarian of Congress). As the first substantive survey (based on historical research and field documentation) in any western language, Gold in Azure not only appealed to the general public with its visual component but also did much to establish Russian architecture as a field for academic inquiry. The Louisiana Research Collection is proud to have original documents related to this pioneering work. 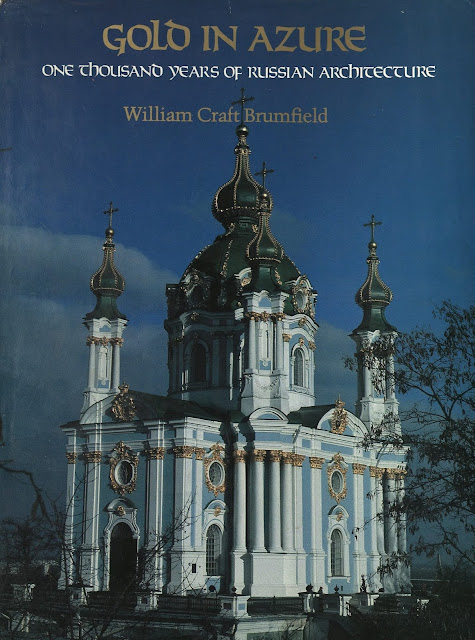 “In addition to acquiring and making accessible information about Louisiana, Tulane University Special Collections has a special mission to preserve the papers of prominent Tulane faculty,” said Leon Miller, Curator of the Louisiana Research Collection. “Few members of the Tulane community have achieved the international renown of Professor William Brumfield, and we are delighted and honored to be entrusted with preserving his legacy.”