Showing posts from April, 2018
Show all

Fresh from the conservator: 1861 sheriff's sale 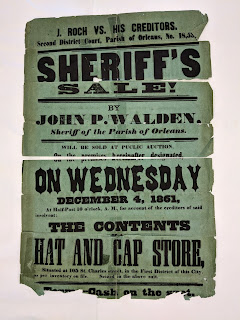 J. Rock vs. His Creditors. Second District Court, Parish of Orleans, No. 18, 537. Sheriff's Sale! By John P. Walden, Sheriff of the Parish of Orleans. Will be sold at public auction, on the premises hereinafter designated, on Wednesday, December 4, 1861, at half-past 10 o'clock, A.M., for account of the creditors of said insolvent: The contents of a hat and cap store, situated at 105 St. Charles street, in the First District of this City, as per inventory on file. Seized in the above suit. Terms cash on the spot. Printed on cheap acidic newsprint, this 1861 broadside had been folded in quarters for decades, causing it to break into several pieces along the folds. The acid in the paper had made it brittle, with the edges torn, friable, and missing paper along the periphery. It also suffered from attempts in the past to repair it with the bane of archives, Scotch tape. The goal of conservation is not merely to repair a document, but also to make it stable and usable for researc
1 comment
Read more 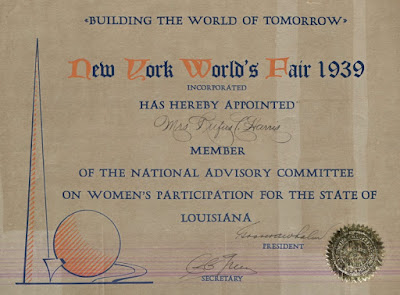 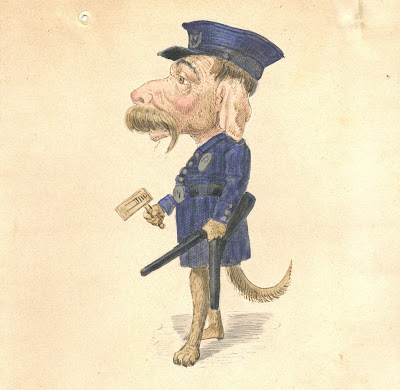 Algernon Badger portrayed in a costume design from Mistick Krewe of Comus 1873 "Missing Links" parade. With roughly four linear miles of holdings, LaRC's vast collections will never all be available online. However, we constantly add to our extensive digital resources in order to make our holdings as widely and easily available as possible. LaRC's online holdings are available to everyone on an equal basis; researchers never need a user-ID or password to view them. Here are three of our newest digital collections. The Registre du Comite Medical de la Nouvelle Orleans, 1816 - 1854 , is the official document of the Eastern licensing district of the state of Louisiana and records the names of licensed pharmacists and physicians. Algernon Badger Family Papers, 1813-1920 . Badger is best-known as Chief of the Metropolitan Police of New Orleans from 1870 to 1875. He was on the front lines of the increasing political unrest between Southern white conservatives and L
1 comment
Read more 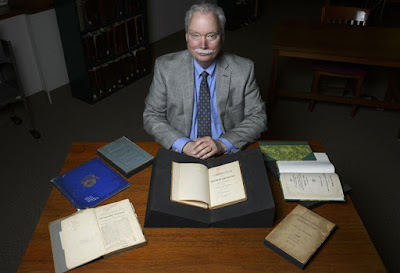 Part of being a professional is accepting an ethical obligation to give back, both to their profession and to their communities. Giving back to their profession can involve various ways to move their profession forward, such as serving on committees, presenting and publishing research papers, participating in professional meetings, and holding leadership positions. Giving back to their communities can include serving on the boards of civic organizations, giving talks to civic and social groups, and liaising with local and national media to help educate the public about libraries and archives. From the Sons of the American Revolution to WGNO to the Louisiana Historical Association, here are some of the ways LaRC gave back in March and April of 2018. On April 12, 2018, Sean Benjamin , LaRC's Public Services Librarian, was interviewed by a reporter from Gambit magazine as part of a series on "Forgotten New Orleans." On April 12-15, Sean attended the annual meeting of the
1 comment
Read more 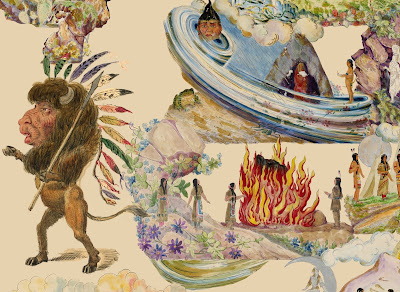 Fallen Fruit (David Allen Burns and Austin Young), “Myths and Legends, Mardi Gras, 1923” created for the exhibition project called EMPIRE for Newcomb Art Museum, wallpaper pattern, variable dimensions, 2018. The images are from the Krewe of Proteus 1923 parade, theme: "Myths and legends of the North American Indians." Carnival Collection, Louisiana Research Collection. During the past year, museums from Paris to Little Rock displayed holdings from the Louisiana Research Collection. LaRC recently loaned several dozen items to the Newcomb Museum for its tricentennial exhibit,  EMPIRE . Particularly notable are William C. C. Claiborne’s commission as first territorial governor of Louisiana (1804, signed by both Thomas Jefferson and James Madison), the telegram informing Jefferson Davis that he was elected president of the Confederacy, a slave manumission from 1788, and documents from the papers of Skip Ward. An LGBTQ activist in the 1980s and 1990s, Ward specialized in
2 comments
Read more 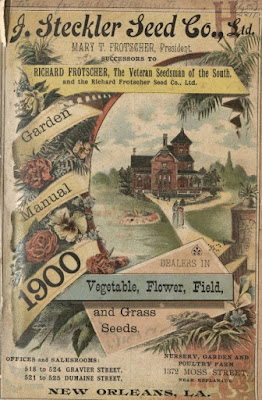