Showing posts from September, 2016
Show all

Discoveries in Jones Hall-- the perspective of Margaret Woodrow Wilson 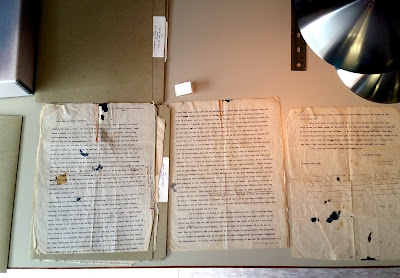 LaRC Manuscripts Collection 519 holds letters written to Lucy and Mary Smith of New Orleans by close friends who were members of President Woodrow Wilson's family.   The Wilsons met the Smiths at a summer resort in Virginia, early in the twentieth century. Although not biologically related, in these letters they jokingly call each other cousins.  Lucy R. Smith (born around 1864) and her sister Mary R. Smith (around 1868-1943) lived for many years at 1468 Henry Clay Ave. in New Orleans.  Letter authors represented include Edith Wilson, Jessie Wilson Sayre, Ray Stannard Baker, Francis B. Sayre, and President Wilson's daughter, Margaret Woodrow Wilson (1886-1944).   Most notable are the early 1940s letters written by Margaret from Pondicherry, India, where she lived at the religious community, Sri Aurobindo Ashram.   In one of these letters to Lucy and Mary Smith, she philosophically reflects on memories of New Orleans, racial issues, and World War II, sending love and sp
Post a Comment
Read more 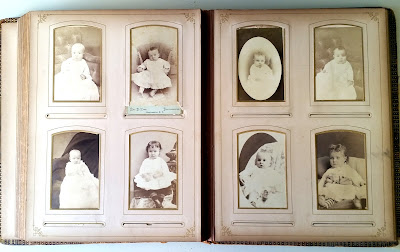 LaRC Manuscripts Collection 518 is a grouping of family papers (1869-1944) from the Lester family of Binghamton, N.Y.    It is made up of numerous family photographs, predominantly formal individual portraits but also travel photographs, post cards, death announcements, a wedding invitation and other items of social ephemera. Most items are mounted in a large ornate bound album, and a few twentieth-century photographs are in envelopes.  Most of the mounted photographs are uncaptioned, so not a great deal is known about the identity of individuals, but funeral notices show that Herbert W. Lester died Nov. 26, 1894 (aged 20 years), and Richard W. Lester died April 20, 1895 (aged 51 years). Photographs were made in studios in various places including Binghamton, Chicago, and Milwaukee. The elegant album primarily highlights the family's adults and a few children or small groups, but the creative arranger of the volume organized a double page to feature babies. Caption:  Le
Post a Comment
Read more
More posts