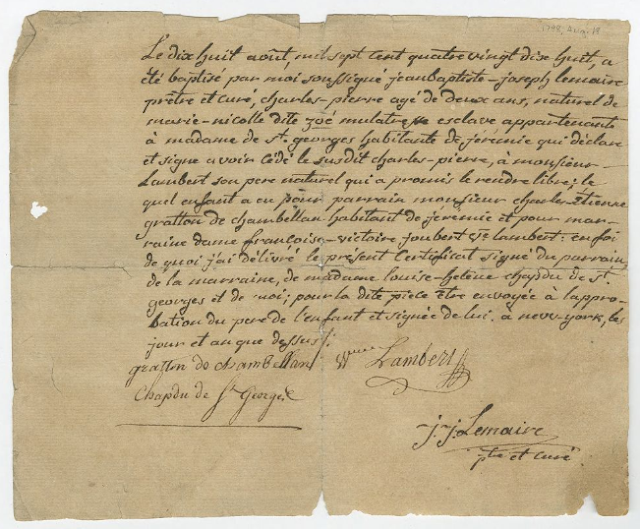 A certificate verifying that Charles-Pierre Lambert was baptized at age two by Jean Baptiste-Joseph Lemaire and that Madame de St. Georges gave him to Monsieur Lambert, his natural father, who promised to set him free. The certificate is signed by Chapdu de St. George, V. Lambert (Francoise-Victoire Joubert né Lambert, his godmother), and J. J. Lemaire. The document is in French.