Save the date, opening reception, September 14 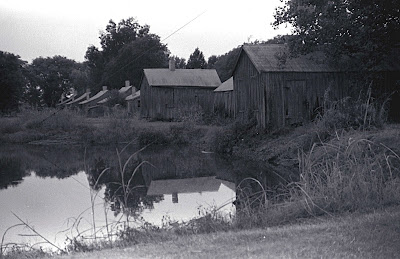 On September 14, LaRC's compatriot institution, Tulane University’s Southeastern Architectural Archive, will hold the opening reception for its newest exhibit, "The Laurel Valley Plantation Photographs of Philip M. Denman." The reception will be held from 5:30pm – 8:00pm and is free and open to the public.

The exhibit showcases the nearly 40-year photographic coverage of Laurel Valley Plantation in Thibodaux, Louisiana, by Philip Marin Denman. The journey began in 1978 when Denman documented the more than 100 buildings dating from the 1830s—ca.1900. Twenty-seven years later, Denman returned to record the condition of the plantation in 2005, and in 2017 he photographed the 55 or so remaining structures. The striking b/w images are enhanced by a small number of color prints. The exhibit also includes Denman’s capture of life in New Orleans’ French Quarter in the late-1960s to early-1970s, and his images of the remains of Seven Oaks Plantation in Westwego, Louisiana, before its demolition in 1977.

Generous support for "The Laurel Valley Plantation Photographs of Philip M. Denman" was provided by the SEAA Gifts Fund and the Marjorie Peirce Geiser and John Geiser, Jr. Fund of the Southeastern Architectural Archive. The reception is co-hosted by Tulane University's Masters of Preservation Studies Program.

So save the date to view the stunning and important photographs and meet the photographer, Philip M. Denman, at the opening night reception, September 14, 2018, 5:30pm – 8:00pm. The event is free and open to the public.