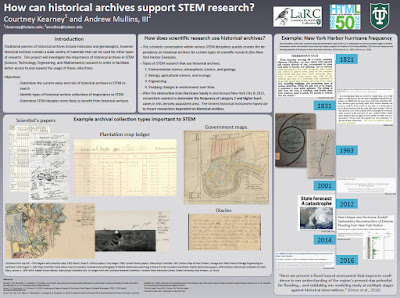 Maddie Hayes has been admitted into the MA Arts & Cultural Management program at King's College London. Maddie was an intern and student worker in the Louisiana Research Collection in 2017 and 2018.

Stephanie Jolissaint is now a librarian for the St. Tammany Parish Libraries. During 2017 and 2018 Stephanie was the Pie Dufour Intern at the Louisiana Research Collection.

On July 11, Leon Miller, head of the Louisiana Research Collection, spoke at the East Bank Branch of the Jefferson Parish Library System. On August 11, Lee spoke at the Lafourche Heritage Society's annual history and genealogy seminar. From August 15 - 18 Lee attended the annual meeting of the Society of American Archivists in Washington, DC, where he spoke as part of a panel for the Regional Archival Association Conference. 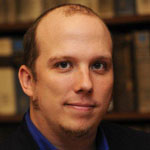 Sean Benjamin's last day as LaRC's Public Services Librarian was August 10. Sean was a “fan favorite” with researchers. They asked for him by name because they respected his expertise, his depth of knowledge regarding our holdings, and his sincere interest in their projects. We wish him all the best.

Althea Topek has been appointed to the archives liaison committee of the LGBT+ Project of Louisiana. LaRC is a founding partner of the project, which seeks to permanently preserve archival research resources documenting Louisiana's LGBTQ community.