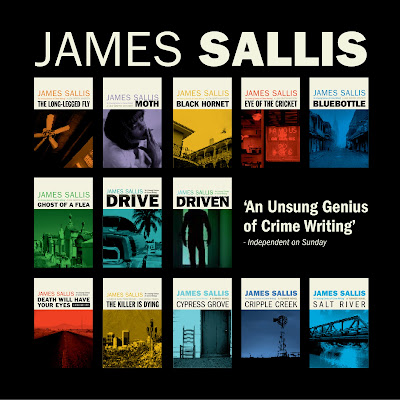 The Louisiana Research Collection is pleased to announce the release of mystery writer, novelist, poet, and essayist James Sallis’ papers. The newly processed collection features manuscripts and revisions to nine publications including the Lew Griffin novels, a mystery series set in New Orleans, The Guitar In Jazz, his translation of Raymond Queneau’s novel Saint Glinglin, as well as his critical anthology of science fiction writer Samuel Delany, Ash of Stars. The collection also includes correspondence with various mystery and science fiction writers and pitches for articles and short stories to publications such as Amazing Science Fiction.

Sallis was born in Helena, Arkansas in 1944 and grew up listening to Sonny Boy Williamson on KFFA radio, reading the mysteries of Chester Himes and Jim Thompson, and roaming the banks of the Mississippi. He began publishing in science fiction and mystery anthologies and magazines in the 1960s, including moving to London to edit the acclaimed science fiction publication, New Worlds. In the 1970s, he published the mixed experimental collection of short stories and poetry called A Few Last Words and edited two science fiction anthologies, including The War Book and The Shores Beneath.

During the 1990s, Sallis and his wife lived in New Orleans where he started writing The Long Legged Fly, the first novel in the Lew Griffin series. During the 1990s, Sallis four additional novels featuring Lew Griffin, including Moth and Black Hornet. He also published his translation of Saint Glinglin and republished his 1982 nonfiction book about jazz guitarists, The Guitar Players: One Instrument and Its Masters in American Music. 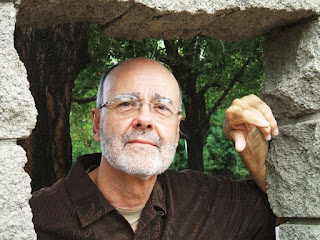 In 1992, Sallis began contacting writers about contributing to a special issue of the Review of Contemporary Fiction focused on Samuel Delany, the science fiction writer behind Dhalgren, Babel-17, and The Einstein Intersection. Sallis and Delany had worked together on the anthology The Shores Beneath in the 1960s and exchanged letters from 1987-1992. These letters, included in the collection, discuss each authors works, the upcoming critical review issue of Delany’s work, and other topics. A single letter often extends over 40 pages as Delany would experiment with narrative forms of personal correspondence. Much of their discussion informed Sallis’ selection of writers and articles for the Review of Contemporary Fiction that would then grow into the critical anthology, Ash of Stars.

The James Sallis papers include short story drafts, scripts and script revisions, and some poetry. The materials in the collection span from 1981-1999 just prior to the release of the penultimate novel in the Lew Griffin series, Bluebottle. Sallis would write an additional entry to this series in 2003 called Ghost of a Flea before starting a new mystery series, Drive. The first novel of the same name in that series would be made into a hit Hollywood movie starring Ryan Gosling. Sallis has continued to write mysteries and edit critical anthologies of genre writers such as Chester Himes, whose papers can be found at Amistad Research Center.

The James Sallis papers are currently open for research. The finding aid can be found here.