Why is this night different from all other nights?


March 30, 2018 marks the first night of Passover, a spring festival that celebrates the liberation of the Israelites from slavery in ancient Egypt. The Passover Seder is a festive meal that incorporates the re-telling of the Exodus from Egypt. At the center of every Seder, the Seder plate displays symbolic food referenced throughout the re-telling of the Passover story.

One of LaRC’s special missions is to serve as the archives for the Jewish community of the Greater New Orleans Metropolitan Area. By preserving the documentation of local synagogues and Jewish welfare organizations, future generations can learn about the history and culture of the New Orleans Jewish community, dating back to the eighteenth century.

Depictions of Seder plates and documented Passover celebrations can be found throughout LaRC’S stacks. We encourage all people interested in Jewish Studies to visit our reading room and explore LaRC’s archival collections. Making our holdings easily accessible drives everything we do, and we strive to make our holdings available in a comfortable and welcoming manner. 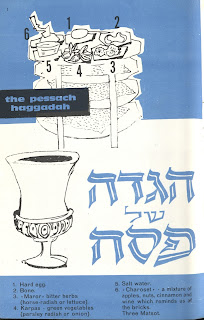 This 1964, "The Pessach Haggadah”, illustrated by Ronald Blum, is one of several volumes from the Willie Wolff papers collection. Willie Wolff, a German citizen, worked in England during the outbreak of World War I. He was imprisoned for the duration of the war and his manuscript collection consists of six diaries he recorded in German. The diaries document his treatment, living conditions, and activities while in jail. 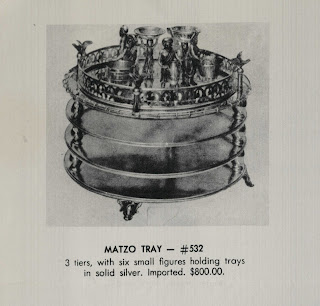 A depiction of a 3-tiered Seder plate can be found in this “Gift Articles for Passover” catalog from the Communal Hebrew School records, a collection that documents the school’s administrative files as well as their files pertaining to academics and activities. 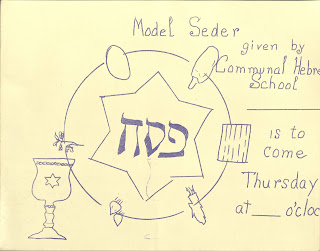 The Communal Hebrew School was incorporated in 1918 to encourage the study of the Hebrew language and religion. It operated as an afternoon Hebrew school and nursery, designed to promote Jewish studies. Students were drawn from local synagogues and they studied reading, writing, spelling, composition, grammar, history, scripture, and Hebrew literature, all of which were taught in Hebrew.

Flier for the Communal Hebrew School’s
Model Seder. Circa 1960 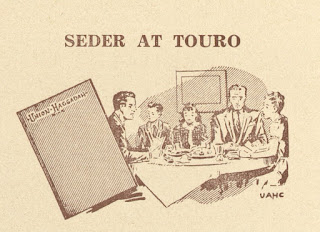 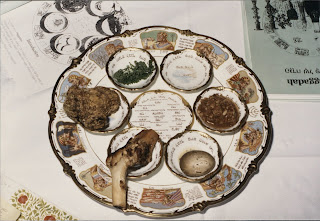 LaRC is fortunate to provide access to more recent photographs from Temple Sinai Passover Seders. These pictures are from a 1988 Seder and showcase the Temple’s Seder plate, as well as the children enjoying their own personal Seder plates and reading from the Haggadah. The Temple Sinai records collection also includes holiday photographs throughout the 1990s and early 2000s.

Select the images to enlarge them. 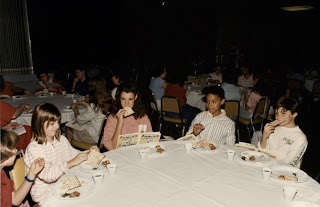