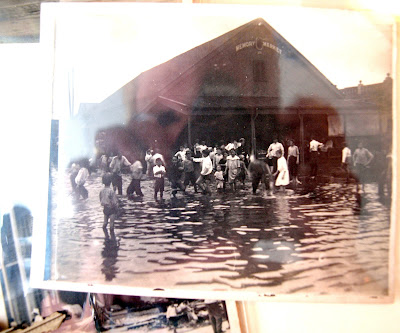 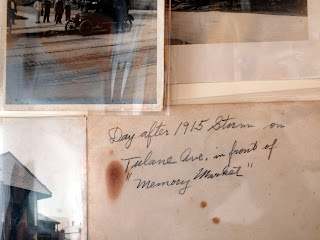 New Orleans and the surrounding areas have been damaged by many hurricanes through the years.  On the first day of hurricane season 2016, we make plans and hope for a calm season.

In late September 1915, a hurricane caused massive flooding in New Orleans.   LaRC Manuscripts Collection 345 (Olga Hartmann photograph collection) holds numerous images of the storm's destruction to the city.   In 1973, Ms. Hartmann (1913-1975), a lifelong resident of New Orleans, recognized the historical significance of these photographs and donated them to Tulane University.  Two of the photographs were signed and named by her father, John F. Hartmann (1890-1967); presumably he was the photographer of many or all in this collection.