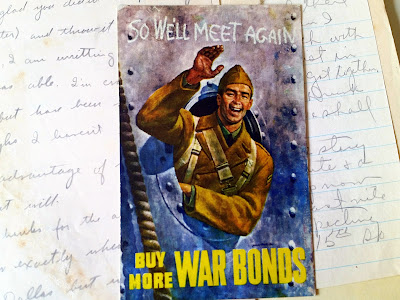 John Francis Shepert Hamer II (born 1909 or 1910) of Texas, was stationed at Camp Polk, La., from 1942 to 1945. Immediately prior to the war, he had lived in Fort Worth, Tex., with his aunt and uncle. He had a wide circle of friends, mostly stationed at other domestic Army bases. When on leave, they would visit New Orleans, Alexandria, La., or other American cities, to enjoy the company of others in the gay community. Within this collection, different letter authors addressed him in writing alternately as Jon, John, or Johnny.

This archival collection will be of interest to researchers in World War II-era life in America, and to those doing historical studies of gays in the United States military.   On Memorial Day, we remember and commemorate the lives of those who gave military service to America.