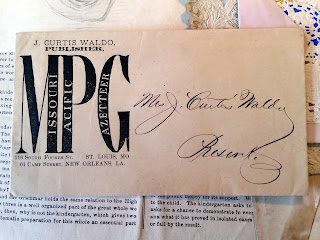 According to his obituary, James Curtis Waldo (1835-1901) was a well-known American journalist, author, and publisher. Originally from Illinois, he lived in New Orleans beginning in 1848 and for the rest of his life.   He served in the Confederate Army for one year.   After the war, he was the New Orleans correspondent for numerous American and European newspapers. Sometimes he wrote and published using his own name, and other times he wrote under the pseudonym, Tim Linkinwater, especially for newspaper editorials and columns.  He and his wife, Margaret Mary Woods Waldo, had six children.

LaRC Manuscripts Collection 260 (covering items created 1850-1932) is made up of Waldo's personal and professional papers, including handwritten correspondence, greeting cards, invitations and other items of social ephemera such as New Orleans Carnival ephemera, drawings, embroidery, financial documents, poems, handwritten and printed maps, newspaper clippings and other printed items. He also kept items relating to the 1884 exposition in New Orleans, and the 1881 fair in St. Louis. 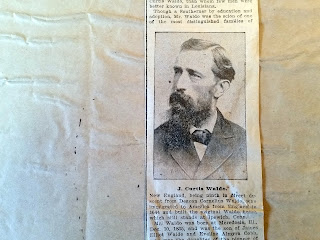 J. C. Waldo was a man of his times.   His interests are revealed, both in this archival collection, and in the LaRC's book collection.   An author search in the library catalog (Waldo, J. Curtis (James Curtis), 1835-1901) retrieves five books in addition to the archival collection, ranging from Carnival, to Southern agricultural pests, to state fairs, to the politics of Reconstruction. 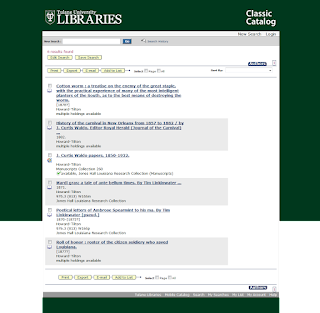