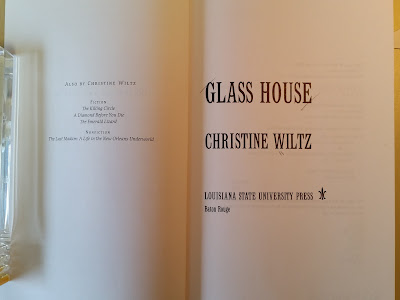 There are also copies in the main Howard-Tilton stacks and Vorhoff Library (Special Collections); call number varies slightly in different locations, so please check the library catalog.   It's also available from amazon.com and elsewhere in paperback, hardcover, and electronic editions.

This serious novel of the 1990s is important as an emotional snapshot of an earlier era in race relations in New Orleans.  Although poverty, gun violence, and remnants of racism continue to plague the city in the 21st century, this novel captures the painful tenacity of mid-century views surrounding an inherited long-term domestic worker and her family, and their relationship to her semi-privileged but challenged employer.

The strength of Christine Wiltz's descriptive writing is her ability to portray most of the characters very sympathetically, even though they themselves are somewhat at war with each other.   An added feature is the feminine point of view, centered on the main character, a young divorced white woman attempting to make a large inherited house her home.  Her great difficulty in doing this reflects indecision about her own identity and life choices.