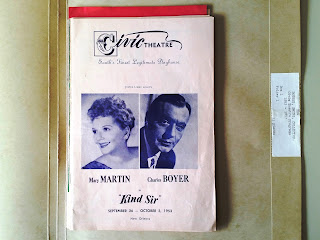 Ewing Poteet (1911-1984) was a musician and an avid supporter of the performance arts in New Orleans.  In 1960, he donated his collection of concert and theatrical programs to Tulane University.  This collection is held in the Louisiana Research Collection as Manuscripts Collection 314.   These programs date predominantly from the late 1940s and the 1950s, and represent productions of a wide variety of sponsoring organizations and performance venues. 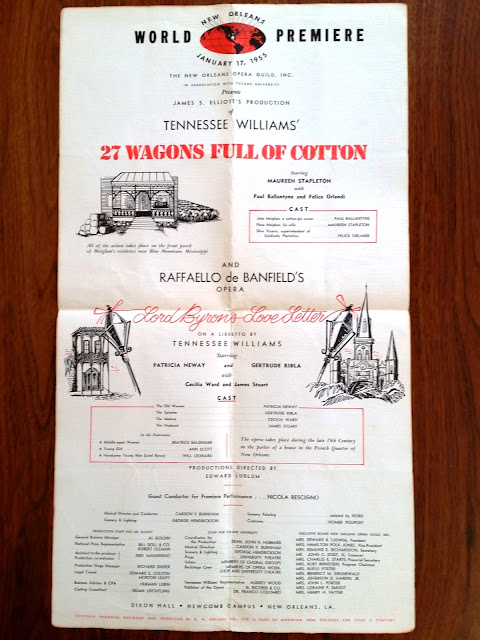 A sample of other LaRC archival collections relating to musical or theatrical performances in New Orleans may be found by doing subject-keyword searches in the library catalog, qualifying by archival material; a few of the results follow:

Use your imagination when searching the library catalog-- do a subject-keyword search on your favorite organizations or performers.