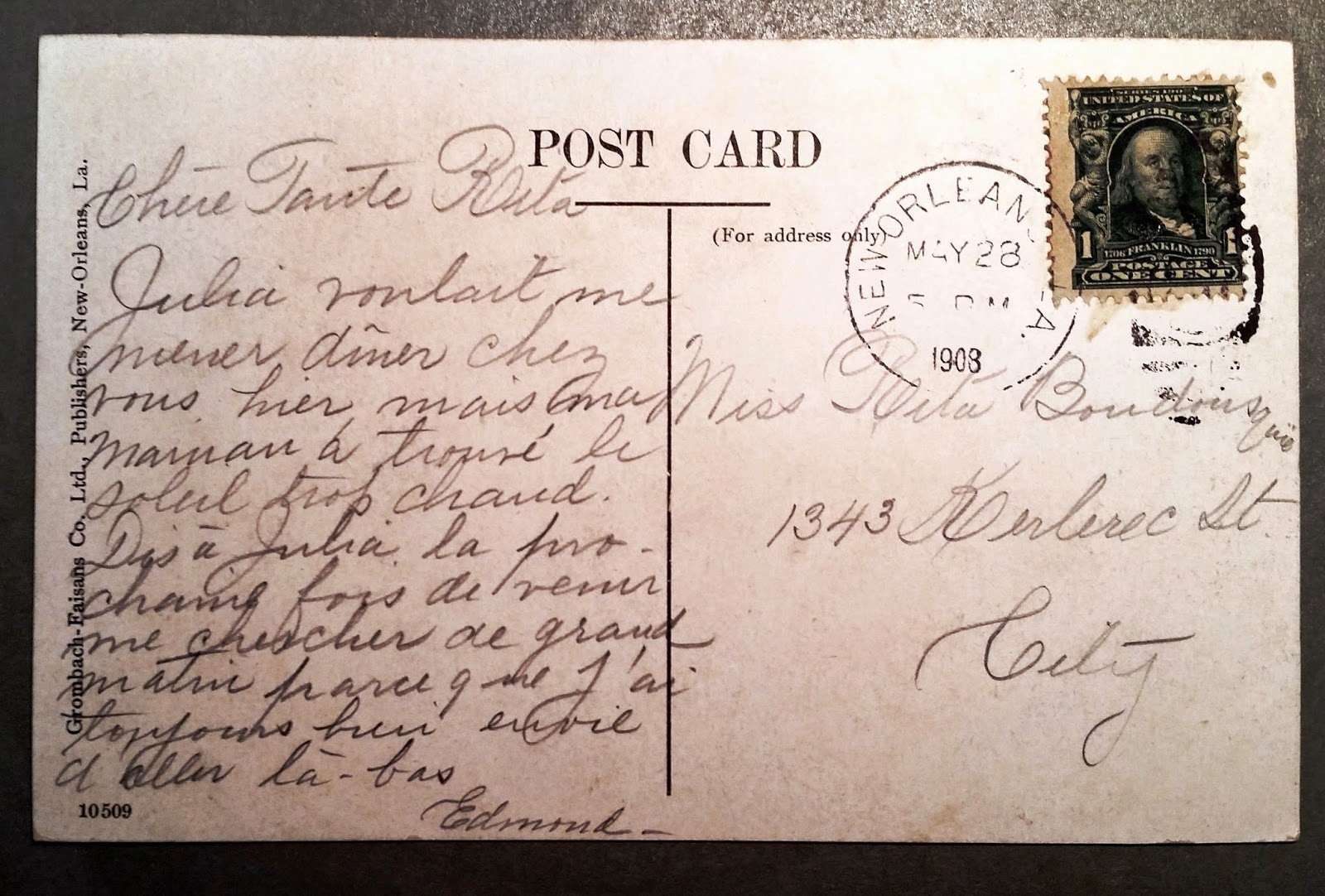 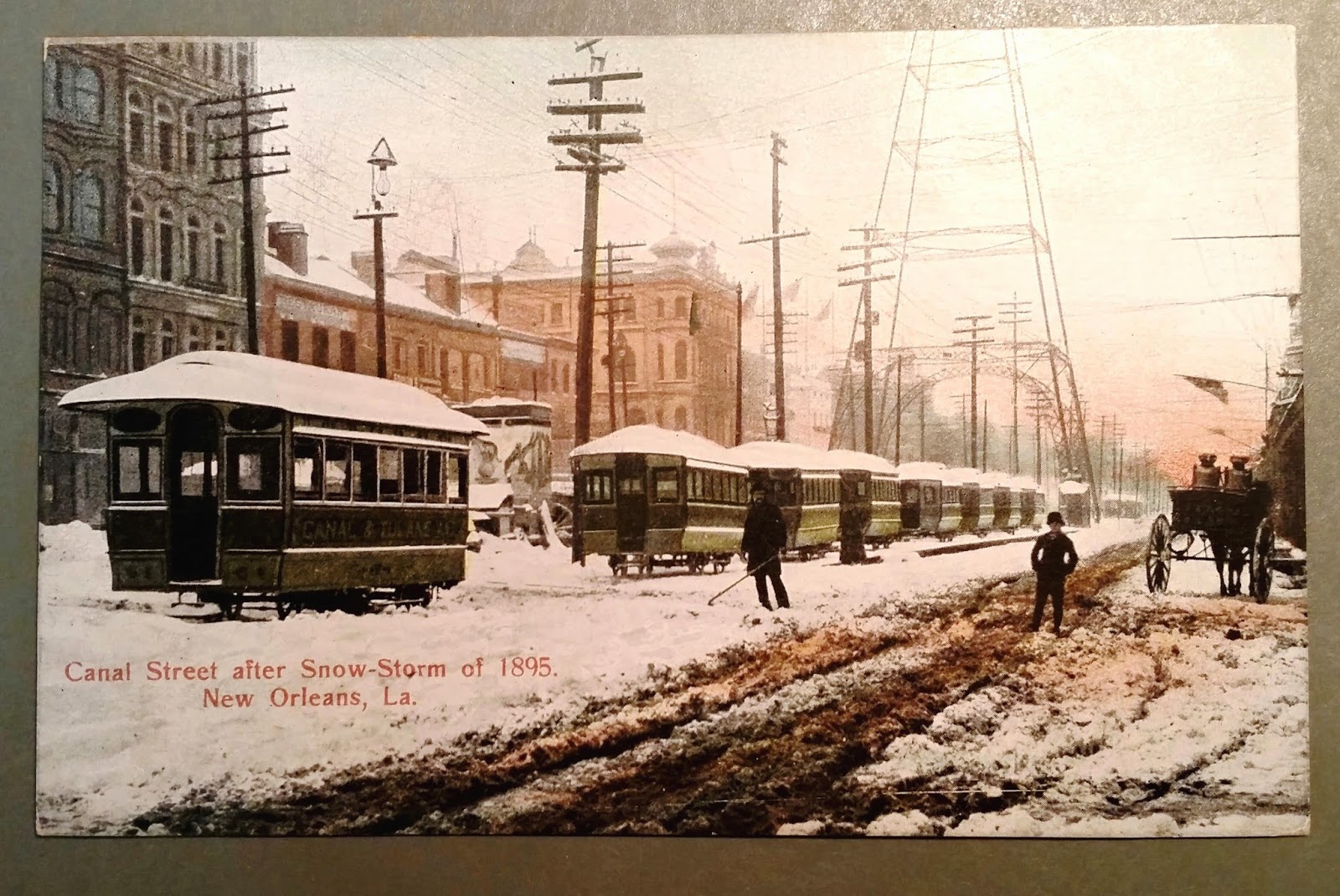 As a young woman, Rita Marie Boudousquié (1886-1960) of southern Louisiana received and preserved hundreds of post cards with quick personal notes or holiday greetings from friends and family.  In 1917, she married Robustiano Bernard Ferro (1884-1965), a Cuban-born veterinarian.  Over the years, they lived in New Orleans, Lafayette, Wiggins, Kansas City, and Omaha, returning to New Orleans.   As the couple had no children, Dr. Ferro donated his wife’s early-century post card collection to Tulane University in 1965.   LaRC Manuscripts Collection 276 is the Rita Boudousquié Ferro post card collection, 1905-1937.

These post card messages are in handwritten French and/or English.  Printed Spanish-language words appear on post cards from Cuba.  The brief notes sent greetings to Miss Boudousquié on mailed picture post cards depicting scenes in New Orleans, such as streets, buildings, parks and cemeteries, as well as other Louisiana and Mississippi places, other cities in the United States, Cuba, and Europe. Many of the post cards serve as holiday greeting cards. These handwritten or typed cards, dated 1905 to 1909, were addressed to Miss Boudousquié at various places in southern Louisiana, including New Orleans, Independence, Covington, Baton Rouge, and Vacherie Plantation in Baldwin. Also included are several photographs dated 1937, added after the original donation. 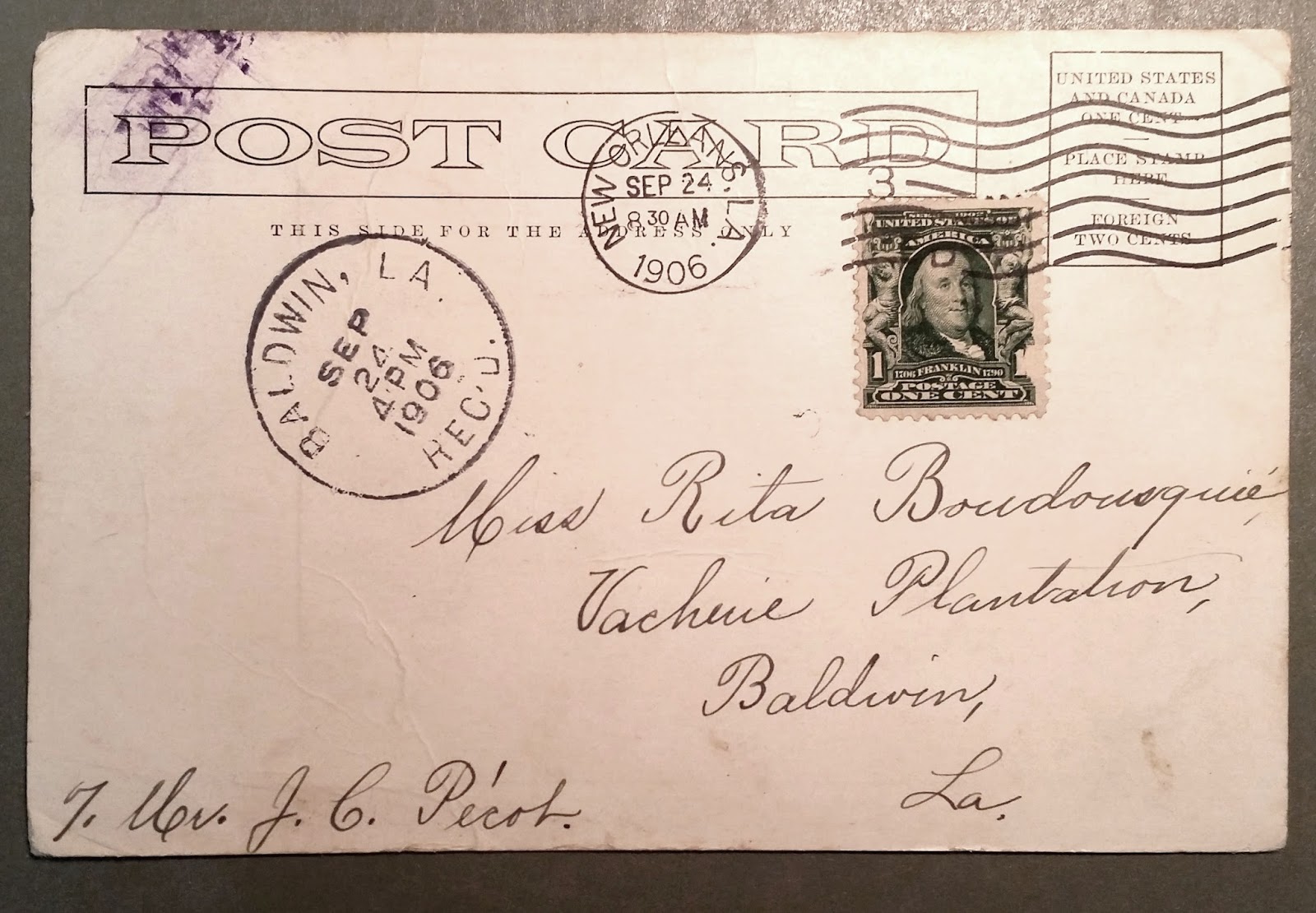 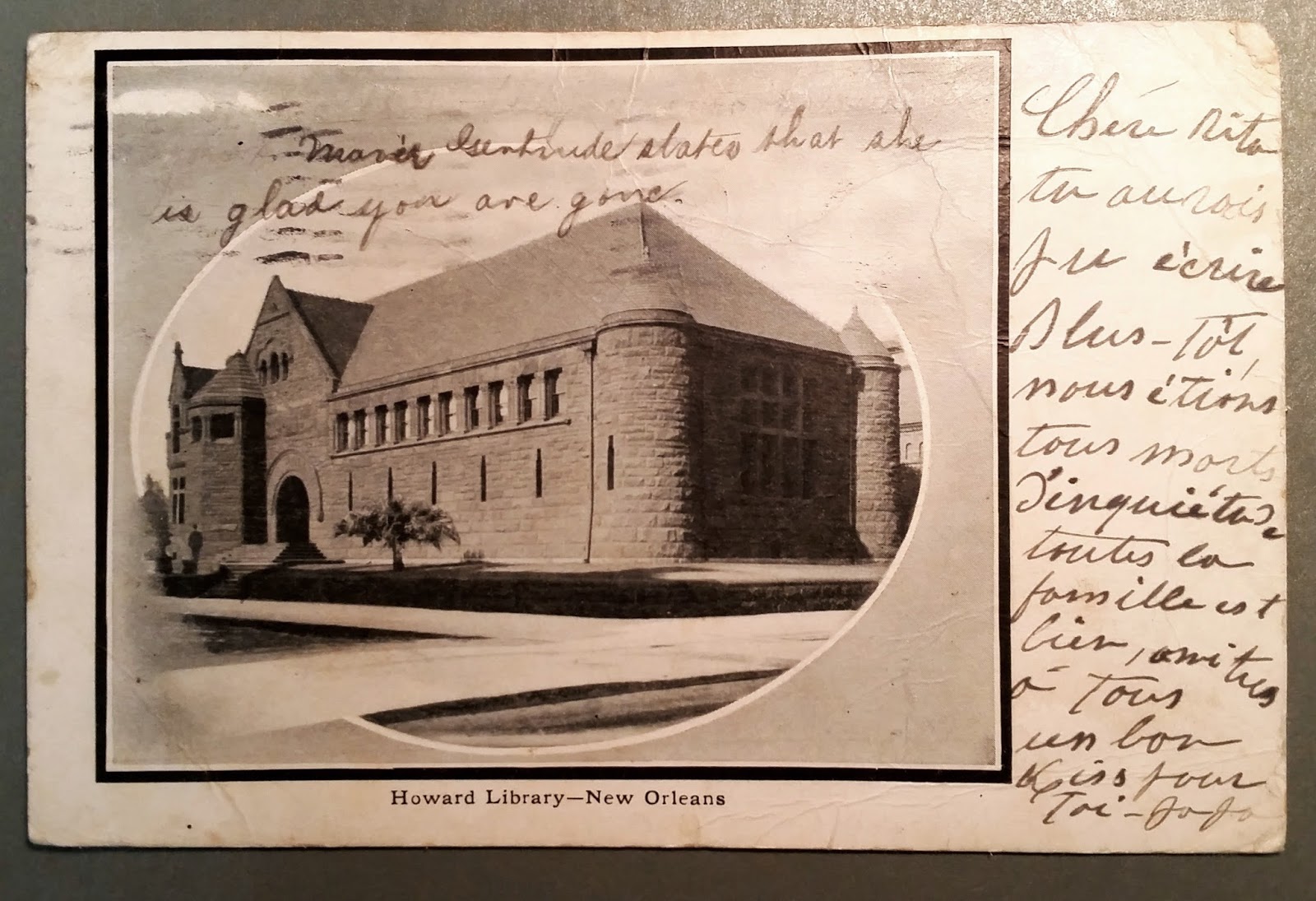 Captions:  top, post card with French message from Edmond, featuring Canal Street, mailed in 1908 within the city (Manuscripts Collection 276, box 1, folder 2); bottom,  post card mailed 1906 of the Howard Library, addressed to the Vacherie Plantation in Baldwin, La. written in French with an off-beat English post-script on the image: "Marie Gertrude states that she is glad you are gone." (Manuscripts Collection 276, box 1, folder 2).  Images of items in the Louisiana Research Collection may not be re-published without permission.