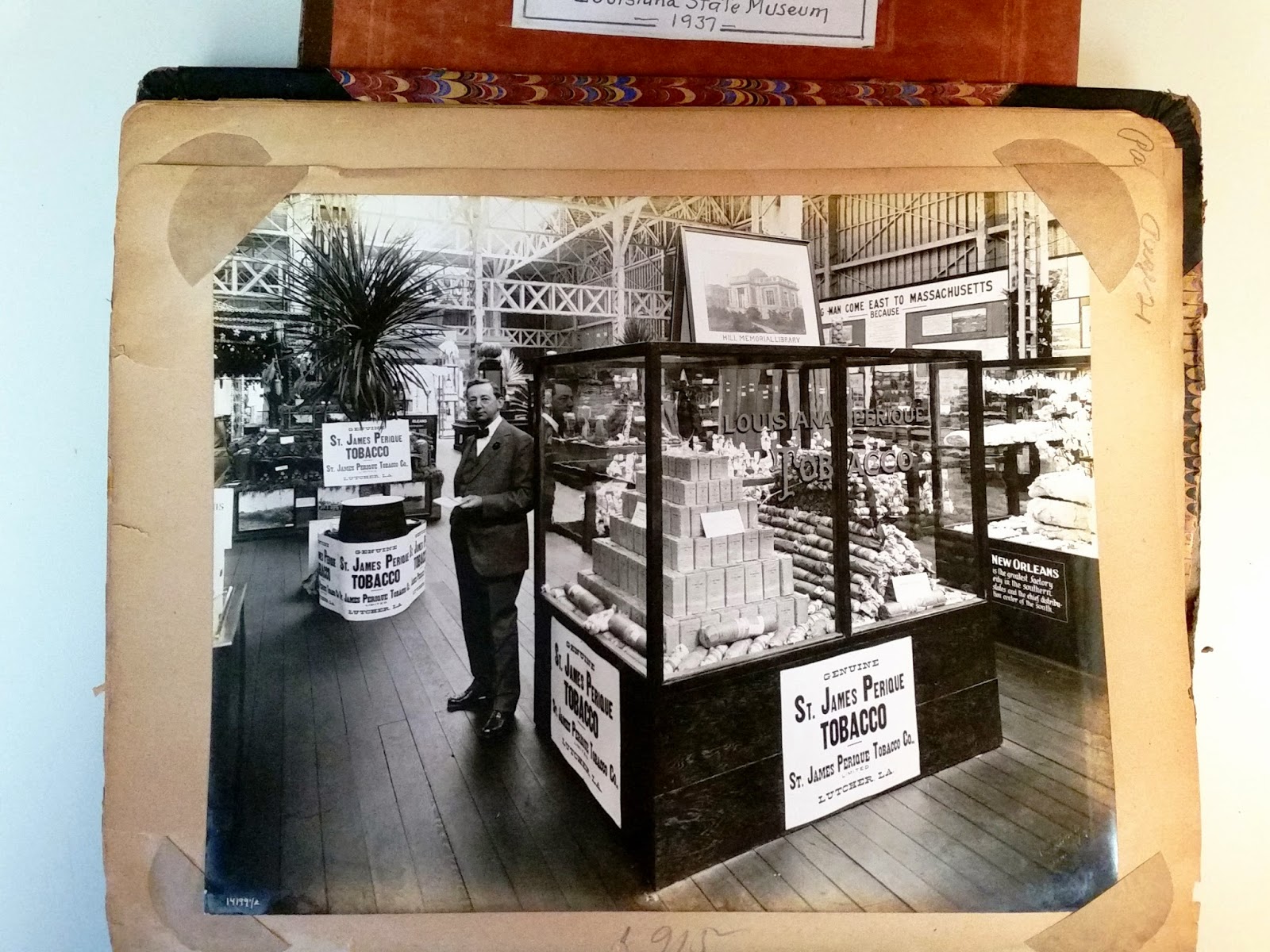 LaRC Manuscripts Collection 35 is made up of personal and professional papers of Robert Glenk (1870-1950), who was born in Germany and brought to the United States as an infant. He lived in Philadelphia and later New Orleans. After being educated as a scientist, Robert Glenk worked as a chemist with the Louisiana Sugar Experiment Station, 1899-1904. Mr. Glenk was a founder of the Louisiana State Museum in New Orleans in 1905, and was its curator from 1906 to 1935. He retired from the museum in 1948. His interests were agriculture, horticulture, fairs and festivals, and promotion of New Orleans. He was married to Dr. Clara Theresa Israel Glenk (b. 1873).

The collection will be of interest to those researching international fairs, southern field crops, museum history, and the relative economic importance of New Orleans over time.

Caption: Robert Glenk with Louisiana exhibits at the Panama Exposition in San Francisco in 1915 (coll. 35, v. 26).  One of the signs reads: "New Orleans is the greatest factory city in the southern states and the chief distribution canter of the south."   Images of items in the Louisiana Research Collection may not be re-published without permission.