LaRC books-- Lost in the cosmos 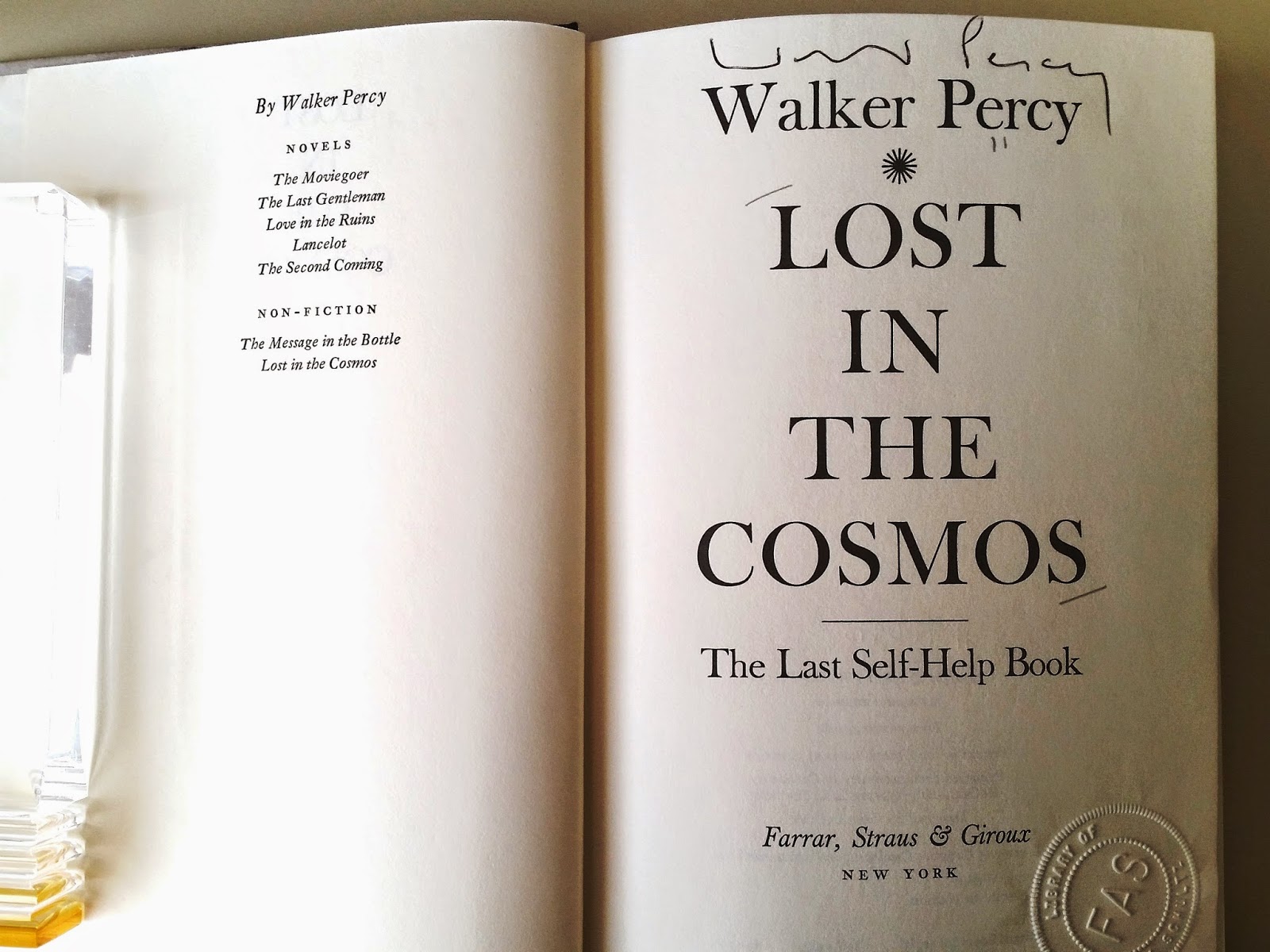 Browsing the library catalog or the stacks, works by and about Southern author Walker Percy are plentiful, both in the main Howard-Tilton stacks and in Special Collections.   A number of his works have multiple copies in various locations within the library.   Walker Percy’s prevalent descriptive style and subdued mood appear in his famous mid-twentieth century New Orleans novel, The Moviegoer, winner of the 1962 National Book Award for Fiction.

But lesser known are his works classified as nonfiction.    Called “Walker Percy’s Weirdest Book” by Tom Bartlett in the Chronicle of Higher Education (May 10, 2010), Lost in the Cosmos is very unlike The Moviegoer.   However, categorizing this book as nonfiction is also imperfect, because the reader who persists through the first three-fourths of it is treated to a small, beautifully written science fiction story about space travel, astronaut couples, and children born in space who later travel to earth.  The bulk of the book concerns philosophy, semiotics, religion, science, sexuality, and commentary on the individual self and the precarious status of human life on earth.   His heavy use of lengthy scholarly footnotes is simultaneously somewhat serious and self-depricatingly humorous.   Many of the cultural references are now dated; the overall tone of the book ranges from matter-of-fact to humorous.

Multiple copies are located in: