By Room 202 - July 17, 2014
Samuel H. Lockett (1837-1891) was an engineer and professor of engineering, who worked in an official capacity with the United States, and during the American Civil War, with the Confederate States. He conducted a topographic survey of the state of Louisiana from 1869 to 1872.

The Samuel H. Lockett manuscripts (LaRC Manuscripts Collection 826) consists of handwritten descriptive text and illustrations of two works by Samuel H. Lockett. Included in the collection are: Louisiana as it is (1873-1874); and The coast of Louisiana (undated). The second work is also included as a bound typescript. Throughout the first manuscript are small hand-drawn sketches of Louisiana scenes, and edited clipped proofs for possible publication; photographs are grouped together in a folder. A handwritten sheet listing an 1870 population table by parish and race, derived from the federal census, is an informative addition to the description of the state's natural topography and geography.

This collection will be useful to environmental scientists interested in the changes in the Louisiana coast over time, as well as to historians, cultural researchers, and students of Louisiana in the visual arts. 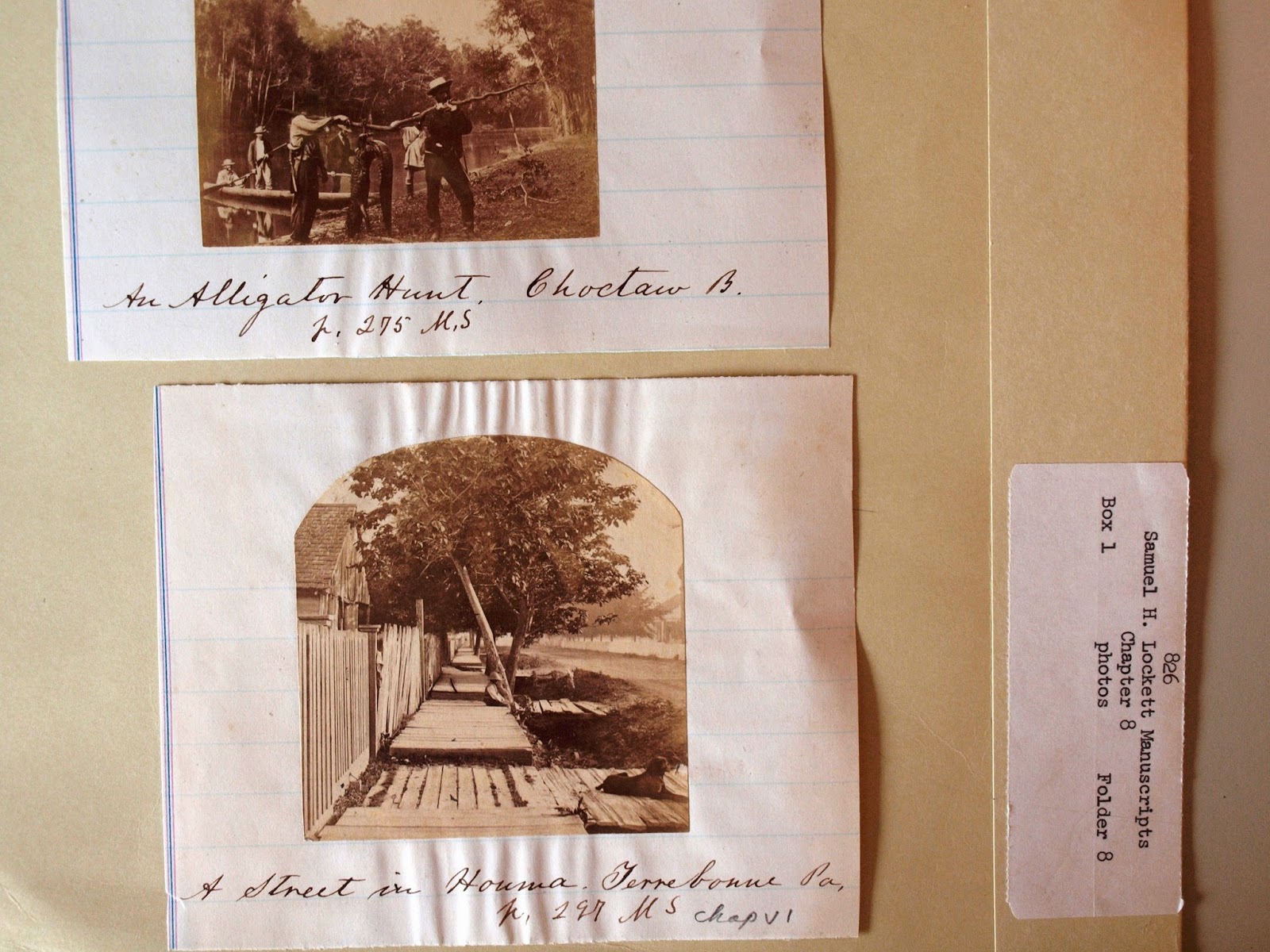 Caption: mounted photographs from Manuscripts Collection 826, Box 1, Folder 8.  Images of items held in the Louisiana Research Collection may not be re-published without permission.