By Room 202 - June 06, 2014
Today marks the 70th anniversary of D-Day, when Allied Troops landed on the beaches of Normandy in an invasion that ultimately turned the tide of the Second World War. The Louisiana Research Collection preserves the papers of Murrel H. Kaplan, who served in the Army Medical Corps at the 64th General Hospital in Italy during World War II. In this letter to his wife, penned while listening to the radio broadcast of the battle, Kaplan recounts his and his fellow Medical Corps officers' experience of the event, as well as his eagerness for the war to end. 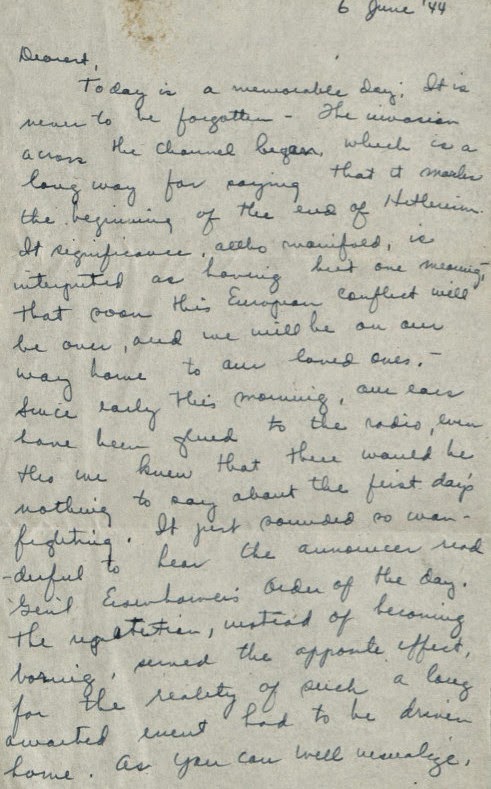 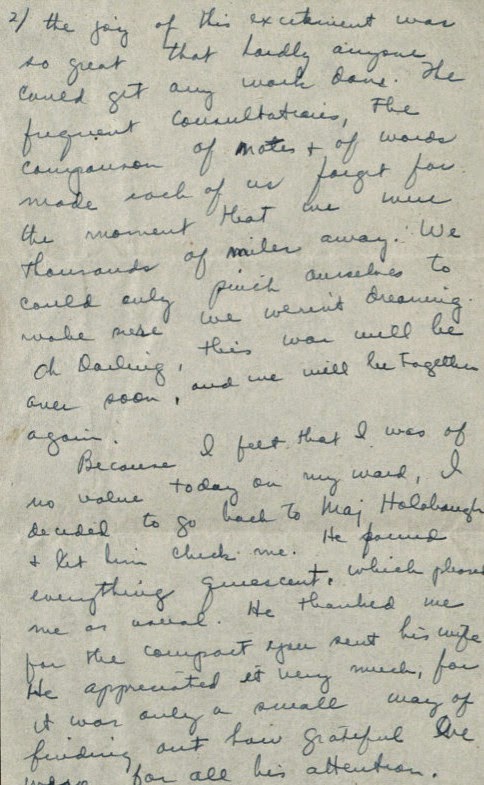 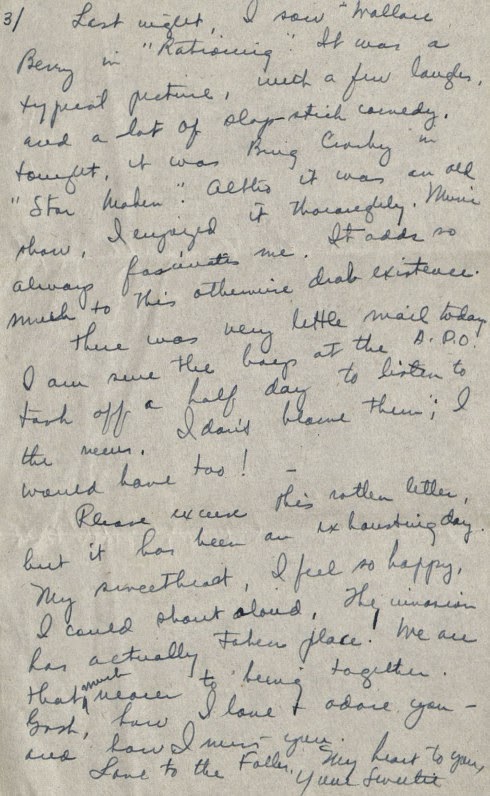 Dearest,
Today is a memorable day. it is never to be forgotten. The invasion across the channel began, which is a long way for saying that it marks the beginning of the end of Hitlerism. It significances, altho manifold, is interpreted as having but one meaning -- that soon this European conflict will be over, and we will be on our way home to our loved ones. Since early this morning, all ears have been glued to the radio, even tho we knew that there would be nothing to say about the first day's fighting. It just sounded so wonderful to hear the announcer read Gen'l Eisenhower's order of the day. The repetition, instead of becoming boring, served the opposite effect, for the reality of such a long awaited event had to be driven home. As you can well visualize, the joy of this excitement was so great that hardly anyone could get any work done. The frequent consultations, the comparison of notes and of words made each of us forget for the moment that we were thousands of miles away. We could only pinch ourselves to make sure we weren't dreaming. Oh darling, this war will be over soon, and we will be together again.
Because I felt that I was of no value today on my ward, I decided to go back to Maj. Holabaugh and let him check me. He found everything quiescent, which pleased me as usual. he thanked me for the compact you sent his wife. he appreciated it very much for it was only a small way of finding out how grateful I've been for all his attention.
Last night, I saw Wallace Beery in "Rationing." it was a typical picture, with a few laughs and a lot of slap-stick comedy. tonight it was Bing Crosby in "Star Maker." Altho it was an old show, I enjoyed it thoroughly. movies always fascinate me. It add so so much to this otherwise drab existence.
There was very little mail today. i am sure the boys at the A.P.O. took off a half day to listen to the news. I don't blame them; I would have too!
Please excuse this rotten letter, but it has been an exhausting day. My sweetheart, I feel so happy, I could shout aloud. The invasion has actually taken place! We are that much nearer to being together. Gosh, how I love and adore you - and how I miss you.
Love to the fallen, my heart to you,
Your Sweetie