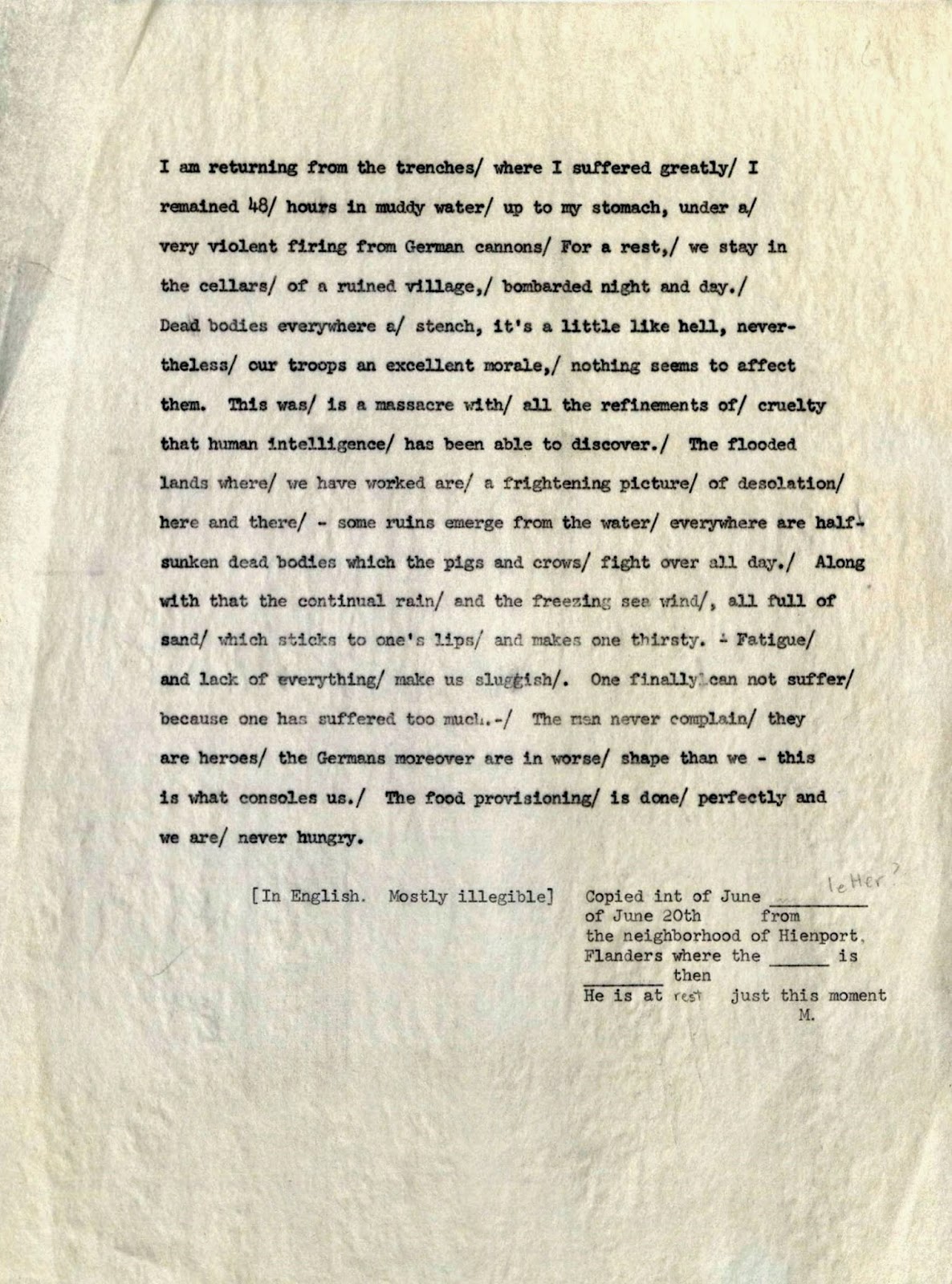 Above is a translation and transcription of an unattributed wartime letter, written in French,
presumably by a member of the American de Marigny family of New Orleans, during World War I.
These documents are in the de Marigny family papers, LaRC Manuscripts Collection 416, Box 1, Folder 4.
The French original in the collection is itself a handwritten copy.
Text of the letter's typed translation, from French into English:

I am returning from the trenches/ where I suffered greatly/ I remained 48/ hours in muddy water/ up to my stomach, under a/ very violent firing from German cannons/ For a rest,/ we stay in the cellars/ of a ruined village,/ bombarded night and day./  Dead bodies everywhere a/ stench, it's a little like hell, nevertheless/ our troops an excellent morale,/ nothing seems to affect them.  This was/ is a massacre with/ all the refinements of/ cruelty that human intelligence/ has been able to discover./  The flooded lands where/ we have worked are/ a frightening picture/ of desolation/ here and there/ - some ruins emerge from the water/ everywhere are half-sunken dead bodies which the pigs and crows/ fight over all day./  Along with that the continual rain/ and the freezing sea wind/, all full of sand/ which sticks to one's lips/ and makes one thirsty. - Fatigue/ and lack of everything/ make us sluggish/.  One finally can not suffer/ because one has suffered too much.-/  The men never complain/ they are heroes/ the Germans moreover are in worse/ shape than we - this is what consoles us./  The food provisioning/ is done/ perfectly and we are/ never hungry.

Images of items in the Louisiana Research Collection may not be re-published without permission.