A letter from prison 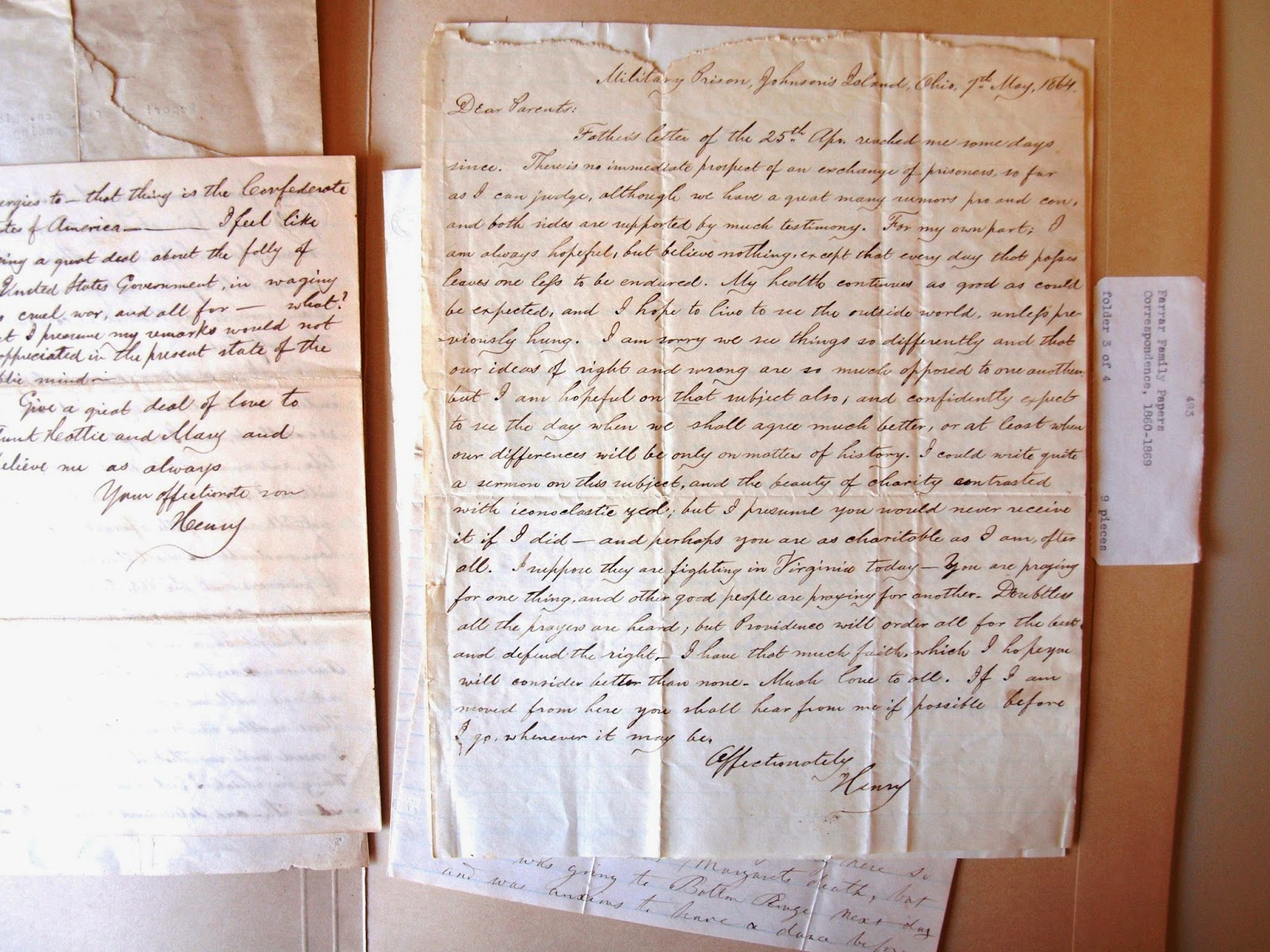 Father’s letter of the 25th Apr. reached me some days since.  There is no immediate prospect of an exchange of prisoners, so far as I can judge, although we have a great many rumors pro and con, and both sides are supported by much testimony.  For my own part, I am always hopeful, but believe nothing, except that every day that passes leaves one less to be endured.  My health continues as good as could be expected, and I hope to live to see the outside world, unless previously hung.  I am sorry we see things so differently and that our ideas of right and wrong are so much opposed on one another: but I am hopeful on that subject also, and confidently expect to see the day when we shall agree much better, or at least when our differences will be only on matter of history.  I could write quite a sermon on this subject, and the beauty of charity contrasted with iconoclastic zeal; but I presume you would never receive it if I did – and perhaps you are as charitable as I am, after all.  I suppose they are fighting in Virginia today – You are praying for one thing, and other good people are praying for another.  Doubtless all the prayers are heard, but Providence will order all for the best and defend the right.  I have that much faith, which I hope you will consider better than none.  Much love to all.  If I am moved from here you shall hear from me if possible before I go, whenever it may be.

Henry Brown Richardson (1837-1909) was born in Maine, and in 1860 moved to St. Joseph, La., in Tensas Parish, where he worked as an engineer. He served in the Confederate Army in the American Civil War, and was captured and held at Johnson Island in Ohio from 1864-1865. His allegiance was firmly with the CSA; while in a military prisoner-of-war camp, he tried to explain his point of view to his parents, presumably still living in the northeastern United States, in words that would not result in censorship. After the war, he and his wife, Anna Howard Farrar Richardson (1846-1910), lived in New Orleans, at 1631 Foucher St., and raised their nine children. Members of allied families lived in New Orleans into at least the mid-twentieth century.

Images of items in the Louisiana Research Collection may not be republished without permission.