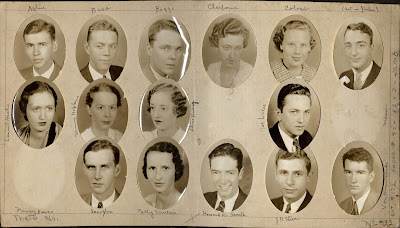 The well-loved Louisiana politician and activist, Lindy Boggs, passed away on July 27, 2013.

Lindy Boggs was born in 1916 in Brunswick Plantation, La., with the original name Corinne Morrison Claiborne. She received her B.A. degree from Sophie Newcomb College, Tulane University in 1935, and pursued advanced studies in law and religion at numerous institutions. With her husband Hale Boggs, she raised three children; she also was an important staff member during his political career. When Hale Boggs was presumed dead in 1972, Lindy Boggs was elected to succeed him and was continuously reelected as Representative until her resignation in 1991. Her interests as a Congresswoman included legislation to prohibit discrimination against women. She served on the Appropriations Committee and helped found the Congresswomen's Caucus. In 1976, she presided over the Democratic National Convention in New York, becoming the first woman to chair a national party convention. After 1984, she was the only white member from a majority African-American district. In 1997 she was appointed by President Clinton as the first female ambassador to the Vatican, a post she served until 2001.

Note:  Another Tulane tribute to Lindy Boggs, by Tania Tetlow, is here.

The photograph above depicts an undated item from the George and Mabel Simmons papers, 1910-1986, Manuscripts Collection 739, Box 1, Folder 38.  Corinne Morrison Claiborne, later known as Lindy Boggs, is featured in the top row, to the right of her future husband, Hale Boggs.   Images from the Louisiana Research Collection may not be re-published without permission.