Artful touring along the River 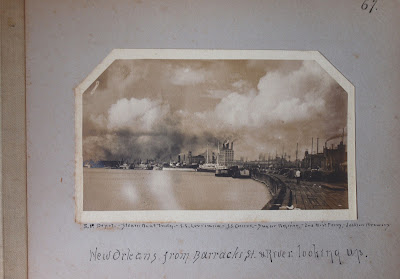 The Richard L. Brown Photograph Collection (LaRC Manuscripts Collection 787) consists of two groupings of photographs, 1901-1921.  The first is a bound album presented by Mary and Eugene H. Park to Captain Benjamin Michael, to thank him for the Mississippi River boat trip they had taken in 1901.  It features photographs from the tour, presumably mostly by Mr. Park, of ships, landscapes, people, fish, and animals, also adding several 1902 New Orleans scenes, such as Canal Street during the car strike, and another at Mardi Gras time.  The second part of the one-box archival collection is a grouping of photographs, perhaps created by different photographers, depicting scenes in a variety of American cities including Washington, D.C., Baltimore, Boston as well as New Orleans.  These were collected by Richard L. Brown, and given by him to the library in 1973.

The title page of the souvenir album is inscribed:  “Capt. Benj. Michael.   New Orleans, La., Nov. 1902.  Compliments of Mr. and Mrs. E. H. Park.  To a kind and thoughtful gentleman who’s many courtesys and the unobtrusive watchfullness drove care and discomfort far away, and made the moments of our Vacation fly as on golden wings.  Mary and Eugene Park.”  The Parks lived in a large antebellum home in New Orleans, with a view of the Mississippi River.

The snapshots of family and friends enjoying their voyage are endearing, the pictures of ships along the way are clear and informative, and the landscape photographs are evocative and beautiful. 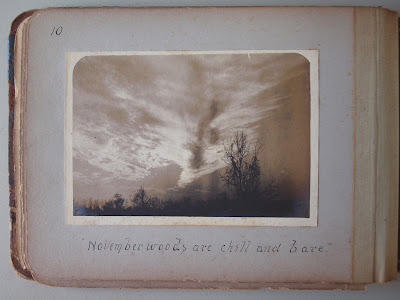 “November woods are chill and bare.” 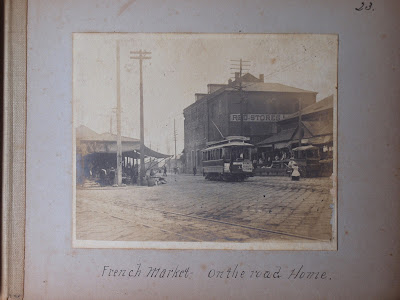 French Market – on the road Home.


Images may not be republished without permission.