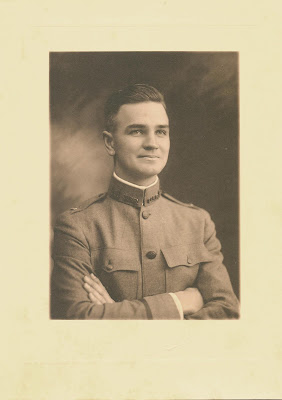 Clifford H. Stem (1893-1963), an engineer and businessman, was also a veteran of two wars.   Born in New Orleans, he attended Boys' High School and Tulane University.   Soon after graduating, and during his first month on a telephone company job, he was involved in assessment and repair work after the major hurricane which hit Pass Christian, Miss., in September 1915.  He briefly worked in New Orleans city government as an engineer in the Dept. of Public Property.  Clifford Stem served overseas and stateside in World War I as a captain and later entered the United States Engineering Reserve Corps.   He also served during World War II, and afterwards retired from the Army as a full colonel.   At home, he was a tractor dealer, and proprietor of the New Orleans Equipment Co. until around 1960. Col. Stem was a lifelong participant in the Mardi Gras festivities and was named King of Les Marionnettes in 1933. He was married to Nellie Williams Stem, and lived prosperously to the age of seventy.

LaRC Manuscripts Collection 523 consists of Clifford Stem’s personal and professional papers.    It includes handwritten and typed correspondence, financial documents, a post card, numerous family and military photographs, invitations to weddings and graduation exercises, certificates, Carnival ephemera, greeting cards, business cards, newspaper clippings and other printed items such as the Dec. 1915 issue of Southern Telephone News, which describes the aftermath of the 1915 hurricane. The New Orleans Carnival items in this collection relate to the Krewe of Iridis, the Krewe of Aparomest, and Les Marionnettes.   The collection also includes the letter of condolence sent by President Johnson to the family after Clifford Stem's death. 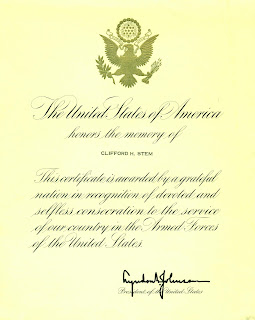 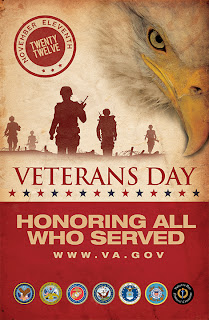 Captions:  Clifford Stem in 1917 (with penciled inscription: “Son of George Wood Stem and Marion Hoey, born July 4th, 1893.  Clifford Hoey Stem, New Orleans, La., December 1917, taken N.Y. City, World War”); the certificate sent to the family by President Johnson, “in recognition of devoted and selfless consecration to the service of our country in the Armed Forces of the United States.”; 2012 Veterans Day poster of the U.S. Dept. of Veterans Affairs.  Please do not republish the Louisiana Research Collection images without permission.