By Tulane University Louisiana Research Collection (LaRC) - August 23, 2012
August 29, 2012, is the seventh anniversary of Hurricane Katrina in southern Louisiana and the Gulf Coast, a time for remembering, paying respects, and learning.

The Louisiana Research Collection holds a variety of scientific, historical, visual, and literary publications about the disaster and its effects on the land and people of the region, especially New Orleans.   Hundreds of Katrina books have also been added to the Howard-Tilton Memorial Library main stacks.   Excerpts from three of these literary works published since 2010 appear below. 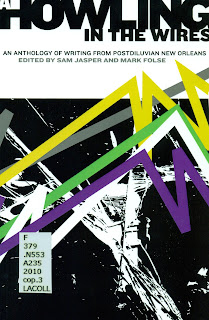 here we are again
back at the bar, my friend
or walking down the jazzclubs
who remembers?
those first days coming home
when you could still smell the piety
meat market
six blocks in any direction

but did that stop the vipers?
didn’t we still move our shoes
to the saddest-ever swingtime beat?

but soon comes the brass band
say, man …
the devil is in the distractions and
it’s already the season of the witch

why do they call it
post-traumatic stress when
it ain’t over yet?

we still got no levee
but, alright
we’’ll make a raft
of empty 40 ouncers
and this time
empty the refrigerator
before we let any four-lettered agency
call us
not worth saving
again. 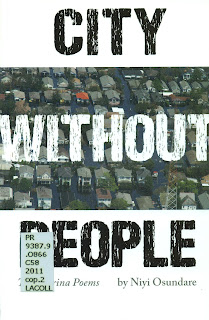 (for Molara whose wise words took away some of Katrina’s sting).

We lost our house
But not our home

We lost our books
But not our brains

We lost our shoes
But not our feet

We lost our hats
But not our heads

We lost some windows
But not our wind

We lost our wardrobe
But not our clothes

You lost some songs
But not your voice

I regret our loss
I celebrate our LIFE 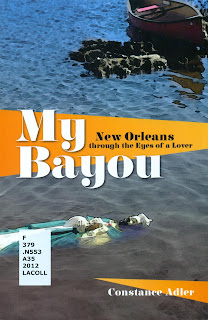 For some time I heard about other couples whose marriages ended in the aftermath of Hurricane Katrina.  It became commonplace to blame the storm for these divorces, another way of demonizing this force of nature.  There may be some truth to it.  The storm put a tremendous pressure on all of us.  It’s only natural that under such pressure, we’d break wherever we were weak.  So the storm didn’t destroy us so much as she exposed the flaws in our composition.  Our levees and canal walls and some of our marriages all had fissures in the foundations that might not have been visible were it not for all that wind and rain.

To discover the wealth of publications in our library, do a subject heading search in the catalog for
Hurricane Katrina, 2005.

The Katrina Resources Research Guide leads to information on all aspects of Katrina research.