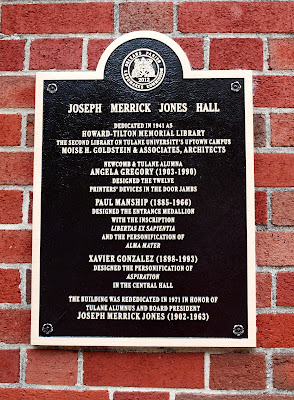 For more information about all of the individuals named in this marker, see the Howard-Tilton Memorial Library catalog and the LaRC archival database, both of which are accessible from the Louisiana Research Collection website

There is also an earlier LaRC blog post featuring information about Nathaniel Cortlandt Curtis, Sr., the building's principal designer, and a photograph of the familiar and well-loved artwork, Aspiration.