By Tulane University Louisiana Research Collection (LaRC) - July 13, 2011
LaRC Manuscripts Collection 809 holds the records of the planning of a multi-purpose playground on the uptown New Orleans campus of Robert M. Lusher Elementary School (7315 Willow St.) in the late 1960s and early 1970s. The Lusher Playground Project, also called the Lusher School Community Recreation Area Project, came about because of a common need of the school’s enrolled students and other children living in adjacent neighborhoods of New Orleans, for a supervised play area after school hours.

Racial tensions involved in this discussion are apparent in the collection's correspondence. The school leaders and students, parents, the school board, the city recreation agency (NORD), Tulane University School of Architecture, and other community members all collaborated successfully on this project, opening the grounds for community use in 1971.

Included in the collection are handwritten and typed letters, printed newsletters, financial records (such as accounts, contribution records and checks), architectural plans, photographs, and newspaper clippings. Architectural plans drawn by William K. Turner of the Tulane University School of Architecture include features such as a maze and a treehouse, as well as basketball courts and other playground equipment. As is often the case, the photographs preserved in the scrapbooks are as informative as the written material, and can be enjoyable to study.

In 2011, the facility located at 7315 Willow St. houses the Lower School of the K-12 Lusher Charter School. 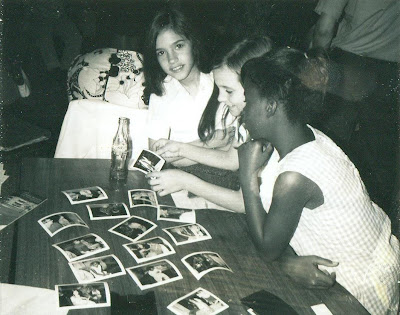 Caption: 5th and 6th grade students looking through photographs of themselves, their teachers, and other community attendees of meetings to discuss and design their new playground. The photograph above, and many of the ones on the table, are included in scrapbook volume 2, Manuscripts Collection 809. May not be reproduced without permission.