Collections of personal papers of all eras may be keenly sentimental. The items which have been preserved by individuals and their descendants provide hints to the values, social styles and sensibilities of their time.

John Valentine Veazie, nicknamed Johnny Veazie, was a baseball player from New Orleans, who played on various minor league teams across Louisiana, Mississippi, and Georgia during the early twentieth century. The keepsakes in the John V. Veazie papers (Manuscripts Collection 113) are revealing not only of the personal and professional life of one man, but also describe the leisure and entertainment activities of the day, such as dances, movies, vaudeville and horse races and other sporting events. Included are numerous letters concerning Veazie’s baseball career, and many others from family, friends, and sweethearts, while he was on the road. Included are holiday greeting cards, a photograph, telegrams, and printed portraits.

To learn more about social stationery and the prevalent communication styles of the early twentieth century South, see our earlier post in this blog, Calling, advertising, and greeting cards, 1906-1920. 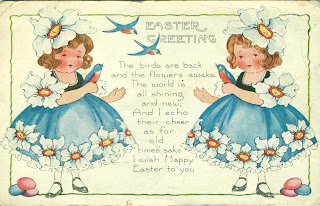 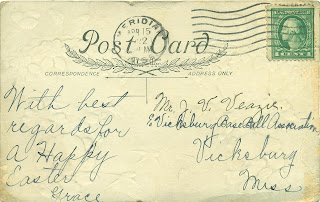