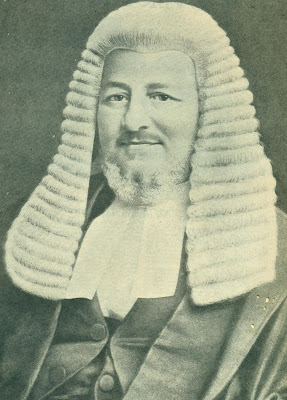 Judah P. Benjamin, the former Confederate Secretary of State, fell from a moving tramcar in Paris in May, 1880. While it is known that his injuries were severe, the extent of these injuries and their immediate impact upon Benjamin are made clear in a letter of Benjamin’s to Jefferson Davis. The letter, dated December 16, 1880, is within the Louisiana Research Collection at Tulane University. Responding to the former President’s request for information about Civil War interviews with General Johnston, Benjamin apologised for the lateness of his response. The delay, he explained, was caused by his severe accident which caused ‘pains so acute that for months I could not get an hour’s sleep without the aid of powerful narcotics’. It had been, he wrote, a great effort to undertake only a part of his legal work in England, an effort undertaken only to prevent the entire break down of his professional connection.

Thanks to Catharine MacMillan! We have enjoyed having you visit LaRC and the Special Collections Reading Room.