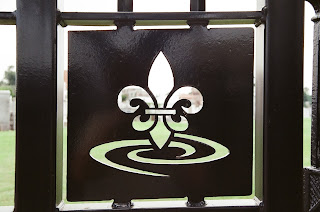 The year 2010 has so far delivered to Louisiana a range of events from the Saints Superbowl win to the ongoing BP oil catastrophe, and appropriately, through everything, we are marking the fifth anniversary of Hurricane Katrina. Every August 29th since the disaster we memorialize those who died in the disaster and its aftermath, as well as celebrate the resilience and the accomplishments of the citizens of New Orleans and the Gulf Coast. A few informational links about the subject are included below.

“Mayor Landrieu announces Katrina Commemoration, an event to celebrate New Orleans resilience 5 years after Katrina.” This is planned for Sunday, August 29th at 6:30 pm at Washington Artillery Park, across from Jackson Square.

"Telling their stories, the lingering legacy of the Katrina photographs," an exhibit of Katrina imagery at the Ogden Museum of Southern Art.

Offbeat magazine, August 2010, “Where are we now?” by Michael Patrick Welch. Freely accessible online, and one of the best free publications around town, subtitled “Louisiana music, food and culture.”

Howard-Tilton Memorial Library research guide on Katrina resources. Wide-ranging support for learning about the hurricane, the flood, and the recovery efforts.

Caption for photograph: Detail of the fence designed for the New Orleans Katrina Memorial on Canal Street.