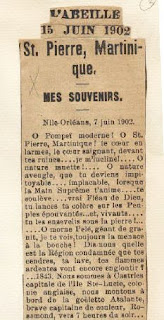 The June 15, 1902, issue of the New Orleans French newspaper, L’Abeille, included an article written by Marie Drivon Girard (1814-1913), in which she painfully laments the volcanic eruption of Mt. Pelee which devastated the Island of Martinique in the Lesser Antilles. At the age of eighty-eight, she recalled her childhood home in Sainte-Lucie, and was torn by the sense of loss caused by the news of the destructive event. New Orleanians of today are also compassionately linked to those in Port-au-Prince, Haiti, who are suffering the widespread devastation of this week’s earthquake. 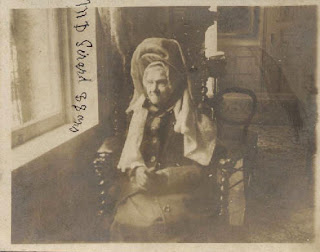