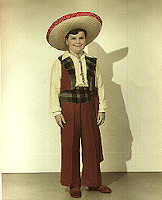 In early January, I interviewed Cory MacLauchlin, a faculty member at Germanna Community College in Virginia, who is currently working on a new biography of John Kennedy Toole (author of A Confederacy of Dunces). If you are interested in Cory’s work or have questions for him, you may feel free to get in touch with him. -Eira Tansey

EMT: Tell me a little about what brought you to this research.

CM: I teach English at Germanna Community College Fredericksburg, Virginia. In terms of what brought me to this, A Confederacy of Dunces was always my favorite novel. I started teaching a class at Christopher Newport University on New Orleans culture and put Confederacy on the syllabus. In preparation for the lectures, I read Ignatius Rising, and I was pretty disappointed. Then I read Joel Fletcher's Ken and Thelma and I was surprised to find that Joel lived in Fredericksburg, Virginia. I got in touch with him and we began a correspondence. He encouraged me as I pursued a better understanding of Toole's life and eventually decided to write a critical biography for future researchers interested in his life and work.

EMT: […] I know that you probably came into this with a pretty good idea of some of the misconceptions about John Kennedy Toole, or about A Confederacy of Dunces – but has this research eliminated any of those preconceived ideas, or shed light on certain areas?

CM: I was surprised at the complexity of the narrative and the challenge for any biographer to access an authentic portrayal of Toole. I’m still surprised at some of the steps that Thelma Toole took to secure her son’s legacy, and then some of the hanging questions that still remain. Thelma Toole is a definitive force in the shaping of Toole’s legacy, but often enigmatic. For instance, you have in the collection what seems like almost every blue book test he ever took… but then there are other things that just aren’t here, like the suicide note that she destroyed. It’s just surprising-

EMT: - the hand that she [Thelma] had in shaping his legacy? Is that what you’re getting at?

CM: Yeah. I feel the weight of the scholarly task to bring readers to understand the complexity of Toole not just the myth of him. Granted, we would not have Toole without his mother, but at the same time one has to turn her volume down in order to hear Toole. Unfortunately he wasn’t around to even think about his legacy, really.

EMT: Besides the fact that [Toole] is not around right now and he couldn’t put in parts of his papers that maybe his mother did or didn’t keep – what are some of the more frustrating or challenging aspects of this area of research? Is it the fact that not much research has been done, period, so you’re kind of trail-blazing?

CM: There are, at times, questions that come up – for instance, the manuscript – where’s the original manuscript? What happened to all the changes that Toole made during Gottlieb’s correspondence with him? It’s easy to think of the Confederacy of Dunces that we know as this sort of, you know, finished text. But the story of its publication, from Walker Percy to the New Orleans Review to LSU press - it passed through all these hands – and when it passes that many hands, a scholar, or a critic would expect to see certain changes, or at least documentation of those changes. I just haven’t encountered –

EMT: -where the changes happened?

CM: Exactly. And that would be the most interesting thing. You know, did he adopt Gottlieb’s criticism? I mean, one of the things that Gottlieb said, you know, he was not fond of Myrna Minkoff. Obviously Toole didn’t take Myrna Minkoff out, but was there more of her in the original? Those kinds of things, even people that were close to Toole seem not to know.

EMT: The last thing I wanted to ask you, I feel like you’ve given a pretty good idea of what you’re doing – have you done research anywhere besides New Orleans for this? Has it taken you to other locations?

CM: Not yet, but I will be going to UNC-Chapel Hill. They have the Rhoda Faust collection there. Now, some of the things in that collection, from what I gather, from what I understand, are actually photocopies, because Rhoda Faust befriended Thelma, . I think Rhoda made photocopies of materials that Thelma let her borrow and then put them [in her] collection. But some are originals – I believe there’s a tape recording there of John Toole, his father. That is quite rare. He is a difficult person to understand because there is not much of his story that has been told. But I think it is crucial to understand him in order to get to know the real John Kennedy Toole. I will also be visitng Lafayette, LA, New York and Puerto Rico. But in terms of documents, Tulane has almost everything. I actually underestimated it [the Toole Collection at Tulane University]. I saw it in June, but I only had one day. I thought three days would be enough once I returned, but I ended up spending the whole week here. It was a great week.