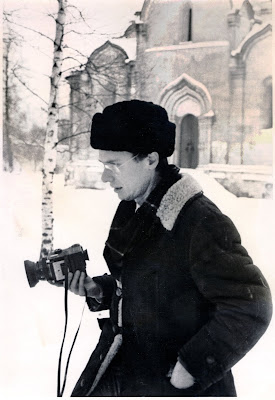 William Brumfield, November 1979, Andronikov Monastery, Moscow, at work on photography for Gold in Azure. Ten years ago, the Louisiana Research Collection at Tulane University launched an archival collection of material related to the work of William Craft Brumfield, author, photographer, Professor of Slavic Studies, and Sizeler Professor of Jewish Studies at Tulane university. Now the archive has been substantially expanded by Brumfield’s donation of correspondence related to a number of his book projects. Arriving at Tulane for the 1981 fall semester after an assistant professorship at Harvard University, Brumfield was in fact returning to his alma mater (BA in Russian, 1966). Since coming to Tulane, Brumfield has published a series of books and created publicly accessible visual resources (including archival sites at the National Gallery of Art and the Library of Congress) that have carried Tulane University's name around the world. More information on Professor Brumfi
5 comments
Read more

Special Collections is honored to have been selected by Parkway Partners as the permanent home for its records. In response to massive budget cuts to the City of New Orleans Department of Parks and Parkways, in 1982 Flo Schornstein, the department’s director, created Parkway Partners as a volunteer support group. The 501(c)(3) organization was dedicated to improving the quality of life in New Orleans through the preservation, maintenance, and beautification of neutral grounds, green spaces, playgrounds, parks, community gardens, and the urban forest. As a public/private partnership with the City’s Department of Parks and Parkways, it became a national model for similar public/private partnerships throughout the country. Parkway Partners began work with an “adopt a neutral ground” program. Its projects eventually grew to include a “2nd Saturday” workshop on gardening; “Tree Troopers,” a program to educate New Orleanians on trees and the city’s urban forest; seed libraries that off
14 comments
Read more 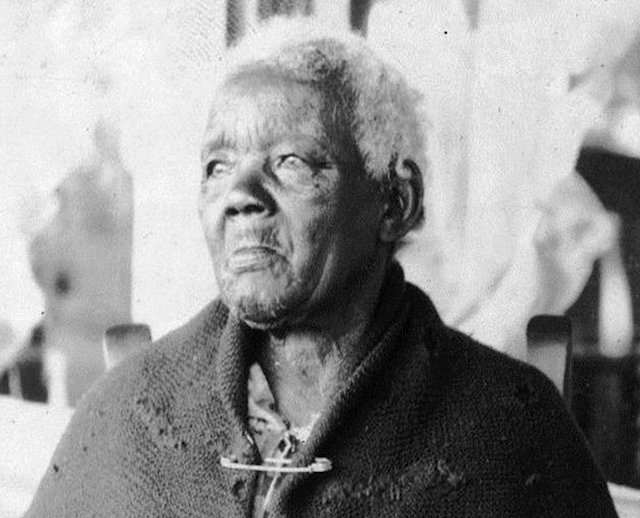 The Association of Southeastern Research Libraries (ASERL) is pleased to share our first-ever collaborative online exhibit, “ Enslaved People in the Southeas t .” The exhibit commemorates the 400th anniversary of the arrival of the first Africans sold into bondage in the English Colonies.  The exhibit includes materials from 33 ASERL member libraries and three libraries that are members of the HBCU Library Alliance, including auction records and other bills of sale, plantation records, materials from the abolitionist movement, and photographs and other items from the Jim Crow South. Photograph of Sarah Gudger taken between 1936 and 1938 on the occasion of her interview for the WPA Slave Narrative Project. Materials contributed by Tulane University Libraries include an 1814 William C.C. Claiborne document , an 1863 order by General G. F. Shepley requiring free access to all formerly enslaved persons on Louisiana plantations, an 1842 deed recording the sale of two enslaved pe
5 comments
Read more 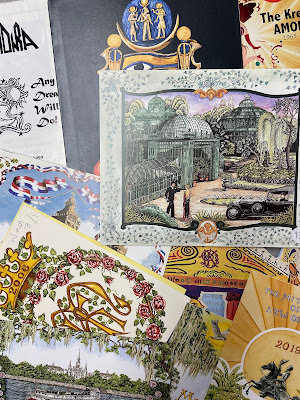 Arthur Hardy, a premiere authority on Mardi Gras in New Orleans, has donated to Tulane University Special Collections (TUSC) Carnival ball invitations and programs for more than eighty krewes. Ranging from Achaeans to Zeus, the donation is a major addition to TUSC's Carnival collection. Tulane University Special Collections preserves one of the world’s largest Carnival collections with materials documenting more than 300 krewes. “Arthur’s donation is a tremendous help in making our collection more complete,” said Leon Miller, curator of the Louisiana Research Collection. “In particular, the donation’s focus on smaller krewes,  neighborhood krewes, and krewes that were only briefly in existence will be invaluable in helping scholars extend Carnival research to broad facets of New Orleans society and culture.” Included in Hardy’s donation are programs and invitations from fifteen LGBTQ krewes. “Materials from these krewes are becoming increasingly difficult to obtain,” said Har
6 comments
Read more

Murder, vengeful ghosts, and strange visions at the bottoms of cups of tea.... 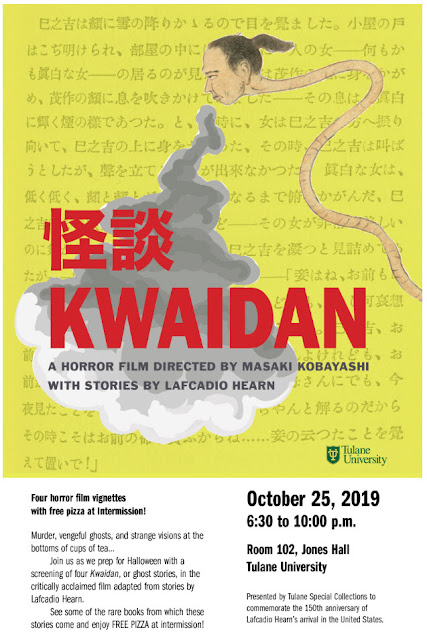 In honor of the 150th anniversary of Lafcadio Hearn’s arrival in the United States, Special Collections is hosting a screening of “Kwaidan,” the critically acclaimed horror film directed by Masaki Kobayashi based on four of Lafcadio Hearn’s ghost stories. Special Collections will also have on display books from its Hearn collection, and free pizza! October 25 from 6:30 to 10:00 p.m. in Jones Hall, Room 102. https://www.facebook.com/events/391951208363432/
5 comments
Read more 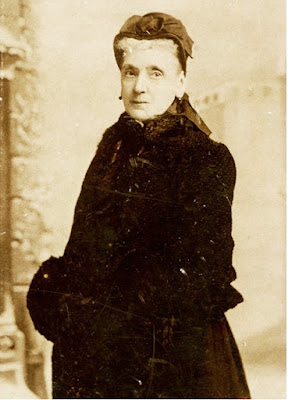 On October 11, 1886, Josephine Louise Newcomb wrote to the Administrators of the Tulane Educational Fund donating $100,000 for use in establishing the H. Sophie Newcomb Memorial College. In celebration of this day, 133 years ago, Susan Tucker and Beth Willinger, editors, are launching a website to recognize the importance of Josephine Louise Newcomb’s letter writing and contribution to women’s higher education. The Letters of Josephine Louise Newcomb The website provides direct access to more than 130 of her letters (transcribed here for the first time) and indirect access to 350 more, thus encouraging others to interpret her life and contributions more fully and with greater fidelity to her own vision. Many of the letters are from the Louisiana Research Collection’s McConnell family papers (LaRC1156) and Schmidt Family Papers (LaRC-207). Happy Reading!
3 comments
Read more 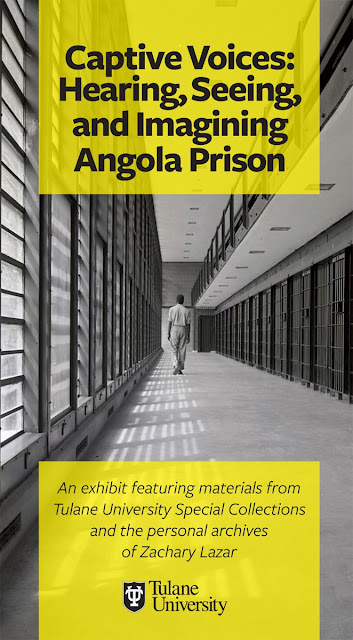